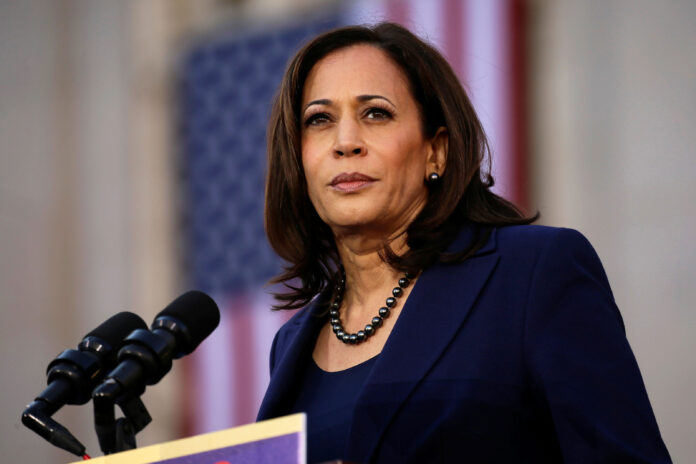 Joe Biden, Democratic Party Candidate wins the 2020 US Presidential Election defeating Republican Candidate Donald Trump. Biden is not alone in fighting, he is accompanied by Kamala Harris who is going to be the first black woman US Vice President.

As reported by the Associated Press (AP), Sunday (8/11/2020), Kamala Harris has made history as the first black woman elected as Vice President of the United States. This 56-year-old California senator, also the first person of South Asian descent to be elected as a vice president, represents the multiculturalism inherent in the US.

Kamala Harris’ black identity has allowed her to speak out privately over police brutality and systemic racism in the US. As the highest-ranking woman ever elected to the US government, her victory gives hope to women who were hit hard by Hillary Clinton’s defeat four years ago.

Harris has been a rising star in Democratic Party politics over the past two decades, serving as the San Francisco district attorney and California general attorney before becoming a US Senator. After Harris ended his 2020 Democratic presidential campaign, Joe Biden appointed him as his running mate. They will be sworn in as president and vice president on January 20.

The election of Biden’s running mate adds significance as he will be the oldest president ever to be sworn in, at age 78, and has yet to commit to seeking a second term in 2024.

Harris has often cited her candidacy as part of a legacy – which is often underestimated – the pioneering black women who came before her, including educator Mary McLeod Bethune, civil rights activist Fannie Lou Hamer and Rep. Shirley Chisholm, the first black candidate to seek a major party presidential nomination in 1972.

“We rarely teach their stories,” Harris said in August when she accepted her party’s vice presidential nomination. “But as Americans, we all stand on their shoulders.”

Previously, Joe Biden wins the 2020 US Presidential Election through a tight battle with the Republican Presidential Candidate, Donald Trump. Biden is honored to be selected as a major US citizen.

“America, I am honored that you have chosen me to lead our great country,” Biden said on his Twitter account @JoeBiden, as seen on Sunday (8/11).

“The work ahead of us will be difficult, but I promise you: I will be President of all Americans – whether you elect me or not,” Biden said.

Economic Growth in North Maluku Is the Highest in the World