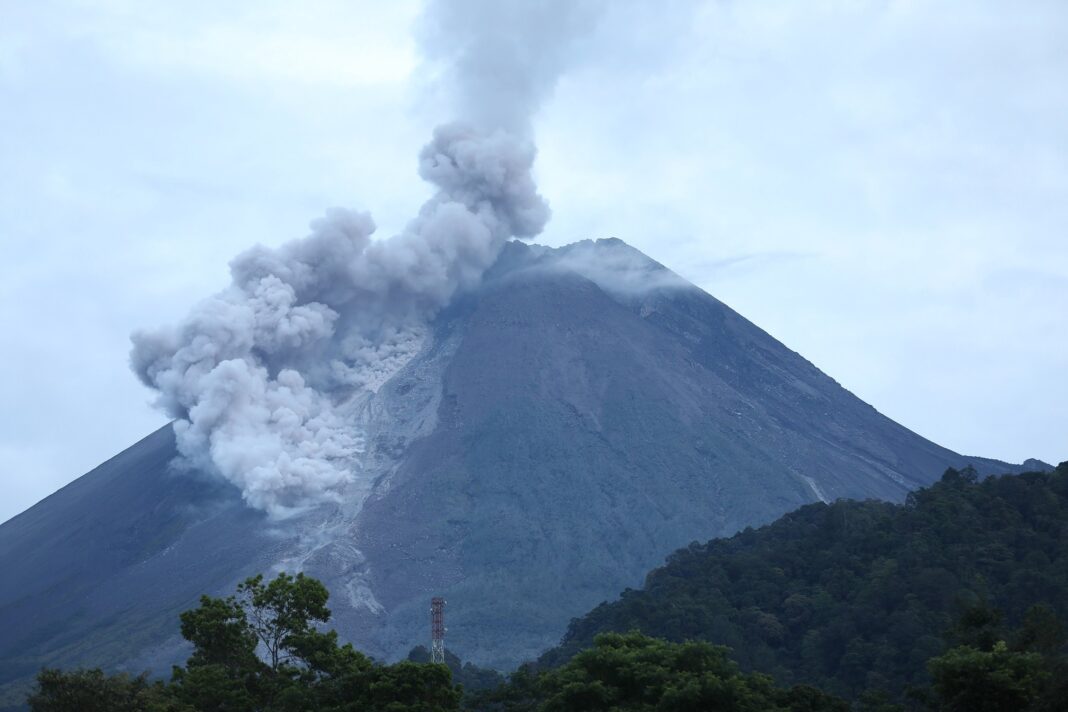 Mount Merapi erupted and emitted hot clouds and thick volcanic ash that smothered several villages in Boyolali District on Wednesday. The Geological Disaster Research and Technology Development Centre (BPPTKG) of Yogyakarta had informed that the volcano, located between Yogyakarta and Central Java, spewed ash clouds 14 times in the morning, with a maximum range of 1,500 meters in the southwest direction.

The agency maintained the status of Mount Merapi as alert, or Level III, with a potential hazard of lava sparks and ash clouds over the south and west sectors, with a maximum range of five kilometers. The 2,911-meter-tall Mount Merapi, a steep stratovolcano, is the most active of Indonesia’s 130 active volcanoes.

It erupts every 5-10 years on average and is feared for its deadly pyroclastic flows – avalanches of hot rocks and gas generated when parts of new lava domes constructed during eruptions in the summit crater collapse and slide down the mountain’s steep flanks.

If there is an explosion, volcanic material could reach a three-kilometer radius from the peak, it said. The eruption impaired the day-to-day activities of residents of villages located in the east of the volcano’s peak, as they were compelled to stay indoors to avoid the volcanic ash.

Check the Latest Quarantine Rules from the Kemenhub below! Quarantine Can...