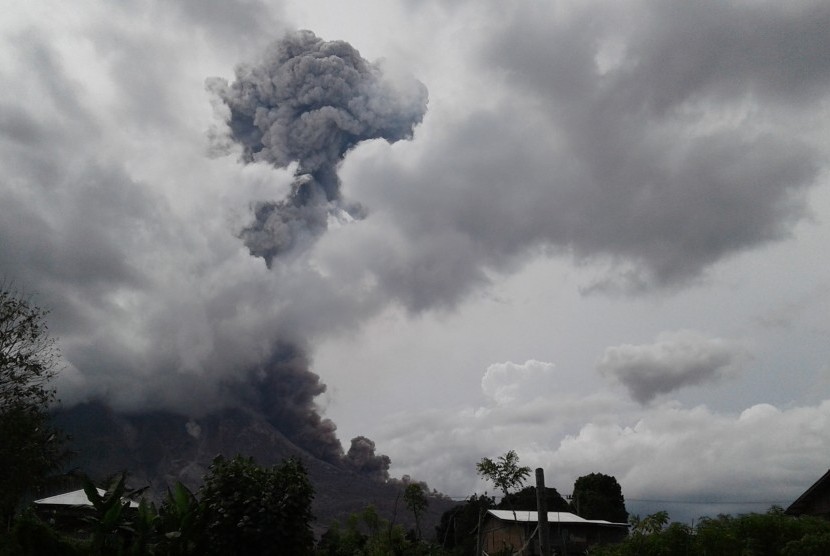 The eruption occurred on the night of Friday (Feb 12), and the lava glided reportedly to the east and southeast of Mount Sinabung.

The volcano also spewed hot cloud to a height of some one kilometer toward the east, southeast, and south of Mount Sinabung. Hot clouds of the eruption were recorded to have an amplitude of 120 mm, while the earthquake’s duration was 159 seconds. People residing by the rivers close to Mount Sinabung are also urged to remain alert to the dangers of lava.

After being inactive for four centuries, Mount Sinabung has sprung back to life since 2010 and has erupted sporadically. Tens of thousands of people have been displaced by the natural disaster. The government has conducted stage-wise relocation of the displaced people to new permanent settlement areas away from the volcano.

Mt Sinabung’s eruption had claimed two lives in 2010 and 15 lives in 2015. The last known eruption, prior to recent times, occurred in the year 1600. he Karo district administration in North Sumatra Province has distributed 1,500 face masks to local residents to protect them from the volcanic ash of Mount Sinabung’s eruption and novel coronavirus disease (COVID-19).

The face masks were distributed to motorists, drivers, and residents venturing outdoors. Local residents and visitors are also prohibited from venturing within a three-kilometer (km) radial radius of the summit of Mount Sinabung and a sectoral radius of 5 km for the south-east sectors, and 4 km for the east-north sectors.

The Enchantment of the Rolls Royce Boat Tail Watch, Collaboration with BOVET 1822