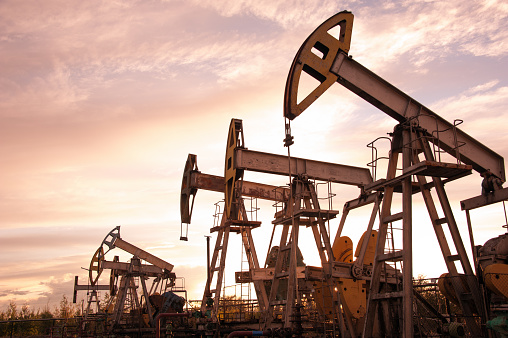 On Wednesday, world oil prices suddenly fell amid supply disruptions due to the Russian invasion of Ukraine. Previously, oil prices touched the level of US$ 130 per barrel. This decline was recorded as the largest since the start of the pandemic almost two years ago. Then, what causes this?

The price of WTI crude oil fell more than 12% or US$ 15 which made it perched at US$ 108.7 per barrel. Earlier this week, WTI briefly hit $130 per barrel, a 13-year high during escalating geopolitical tensions.

The drop in oil prices was caused by the United Arab Emirates saying OPEC members would support increased production to the market due to reduced supply due to the embargo imposed by the US and the West on Russia.

The decline in world oil prices was also caused by the progress of the US in encouraging more oil production from other sources. Iraq says it can increase production if OPEC+ asks. Moreover, Foreign Minister Antony Blinken also signaled that the UAE would support increased production by OPEC+.

“That $130 price point is a factor in the absolute siege mentality in the oil market, where we are looking down on potentially losing all Russian production, OPEC is not moving and the Ukraine situation is getting worse,” said John Kilduff at Again Capital.

The fall in prices was also exacerbated by traders who interpreted comments from the Iraqi minister as the country’s willingness to increase production if needed.

However, the SOMO that markets Iraqi oil, SOMO, later clarified that it saw the increase in OPEC Plus’ monthly supply as sufficient to overcome the oil shortage.

OPEC Plus, which includes Russia, is targeting a production increase of 400,000 BPD each month and has resisted calls from the United States and other consuming nations to pump more.

Russia is the world’s top exporter of crude oil and fuels, shipping about 7 million barrels per day or 7 percent of global supply.

Oil prices fell earlier in the session after the International Energy Agency said oil reserves could be further harnessed to compensate for the disruption in Russian supply.

Last week, the International Energy Agency released 60 million barrels of oil reserves to compensate for supply disruptions following the Russian invasion. The IEA called the move an early response and said more could be released if needed.

Birol said the IEA’s decision last week to release 60 million barrels of oil from strategic reserves was an “early response.”

His remarks echo those of the US State Department’s Senior Advisor, Amos Rothstein, at an industry conference Tuesday, which also indicated the release of more oil reserves was imminent.