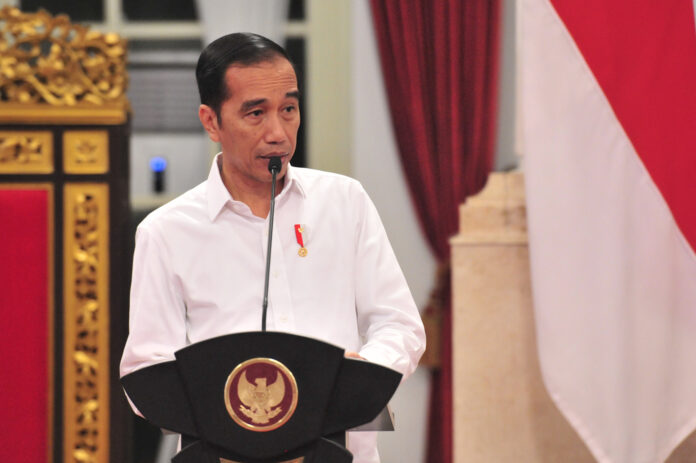 The Omnibus Law of the Job Creation Act is still reaping a polemic.

Despite protests by a number of parties, the DPR and the government approved the Omnibus Law on the Job Creation Law on 3 October 2020.

Based on statutory regulations, President Joko Widodo or Jokowi must ratify the Omnibus Law on the Job Creation Law within 30 days.

Therefore, the deadline for ratifying the Omnibus Law of the Job Creation Law by President Jokowi is 4 November 2020.

After being signed by President Jokowi, the Job Creation Law was finally officially passed on November 2, 2020, and promulgated in Law no. 11 of 2020.

Furthermore, a copy of the 1,187 pages of the Job Creation Law has also been officially uploaded to the official government website, Setneg.go.id.

“Law of the Republic of Indonesia Number 11 of 2020 concerning Job Creation,” it was written on the website’s page, as reported by RRI.

On the same date and day, the Job Creation Law was signed by the Minister of Law and Minister of Human Rights, Yasonna Laoly.

That way, the Job Creation Law has officially entered the State Gazette of the Republic of Indonesia Number 245 of 2020.

For information, the Special Staff of the Minister of Finance Sri Mulyani Indrawati for strategic communication, Yustinus Prastowo, also distributed copies of the Job Creation Law to the media.