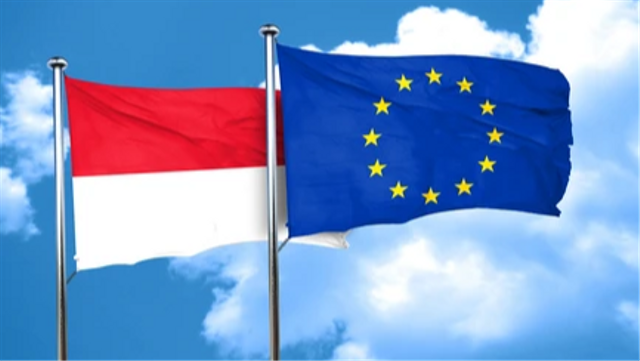 The trade agreement between the Indonesia-European Union Comprehensive Economic Partnership Agreement (IEU-CEPA) turned out to take longer than expected. This was conveyed by the Minister of Trade Zulkifli Hasan. He revealed that the trade agreement discussion was still not completed.

According to him, the delay in this agreement was due to the issue of open bidding.

He said that the European Union asked the government to openly procure goods. However, he said it was burdensome for Indonesia.

“There are points that have not been completed, a little more, among others, so that our government [procurement] conducts open bidding, it is still difficult, but hopefully in my time it can be completed,” he told the media crew, Tuesday (13/9/2022). ).

Zulhas is optimistic that he can complete the agreement, seeing that the European Union has now changed quite a bit compared to the period before the Russo-Ukrainian war, especially in the export of agricultural products, which was previously quite strict.

According to him, currently, the European Union has changed a lot, especially after the war between Russia and Ukraine.

“The ambassador there said, then, now, now. Hopefully, it can speed up the CEPA agreement,” he explained.

Through the agreement, Indonesia has officially ratified like other ASEAN countries that have joined earlier, making it easier for Indonesia to export because it will be free from taxes.

Meanwhile, the Economic Institute for Development of Economics and Finance (Indef) Ahmad Heri Firdaus saw the government’s move as correct to withhold the stipulation of the agreement because it had the potential to harm Indonesia.

In other words, the European Union asks Indonesia to ratify the Government Procurement which allows companies with legal entities abroad to participate in auctions for government procurement of goods and services.

“So far, the procurement of goods at the LKPP [Government Goods/Services Procurement Policy Agency], is a local company, indeed the goods may be imported. Europe asks to be opened. So later there will be no partiality to domestic products,” he said, Tuesday (9/13/2022).

According to him, with the government’s budget for goods from the APBN which is used for local products, it can develop local industries, rather than giving hundreds of trillions to foreign countries. For this reason, Heri sees that there are still many opportunities for cooperation that can be negotiated to reach an IEU CEPA agreement.

“To reach an agreement, we must look for opportunities for cooperation, what sectors can be collaborated to make it profitable, for example, investment in the electric car sector, or investment to strengthen electric car batteries,” he continued.