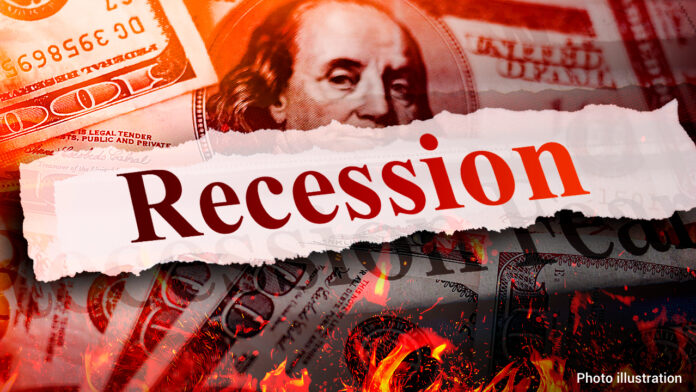 The threat of a recession is getting real. The world is now predicting a recession in 2023. The Minister of Finance, Sri Mulyani, explained that the trend of increasing interest rates by most of the world’s central banks simultaneously is the main cause.

She said that the projection of an economic recession next year refers to a study by the World Bank (World Bank) which assesses monetary tightening policies by central banks will have implications for the financial market crisis and economic slowdown.

“If central banks around the world increase interest rates quite extreme and together, then the world will definitely experience a recession in 2023,” She said at a press conference on the State Budget KiTa, Monday (27/9/2022).

“The US (interest rate) is already at 3.25 percent, it has gone up 300 bps, this is mainly because their September meeting raised it again by 75 bps. This is in response to US inflation which is 8.3 percent,” Sri Mulyani said.

Then the Indian central bank was observed to have raised 140 bps throughout 2022. Likewise, the Indonesian central bank or Bank Indonesia (BI) has raised the benchmark interest rate by 75 bps and is now at the level of 4.25 percent.

“This is what is happening now, namely the increase in interest rates by the central bank is quite fast and extreme, and it will definitely hit economic growth,” She said.

Sri Mulyani revealed that the economic slowdown was starting to be seen from the expansion of the global manufacturing purchasing managers index (PMI) which continued to slow to 50.3 in August 2022. This was also the lowest level in the last 26 months.

Several major countries recorded that their manufacturing PMI contracted in August 2022 compared to the previous month, such as Europe which is now at 49.6, then China at 49.5, and South Korea at 47.6.

Meanwhile, several other countries recorded a slower manufacturing PMI in August 2022 compared to the previous month, such as India at 56.2, the US and Japan at 51.5 each, and Malaysia at 50.3.

Sometime earlier, World Bank President David Malpass said, central banks around the world have raised interest rates this year with a level of synchronicity that has not been seen in the last five decades. This upward trend is even projected to continue until next year.

According to a World Bank study, an increase in central bank interest rates could bring the global core inflation rate to around 5 percent in 2023, nearly double the five-year average before the pandemic. The estimated inflation rate does not take into account the increase in energy prices, as well as conditions of supply disruptions and easing labor market pressures.

The First Phase of the National Capital Relocation Project Is in Progress, What Aspects Are Prioritized?

No Need to Worry about Your Phone Storage, WhatsApp Announces New Feature for Its...