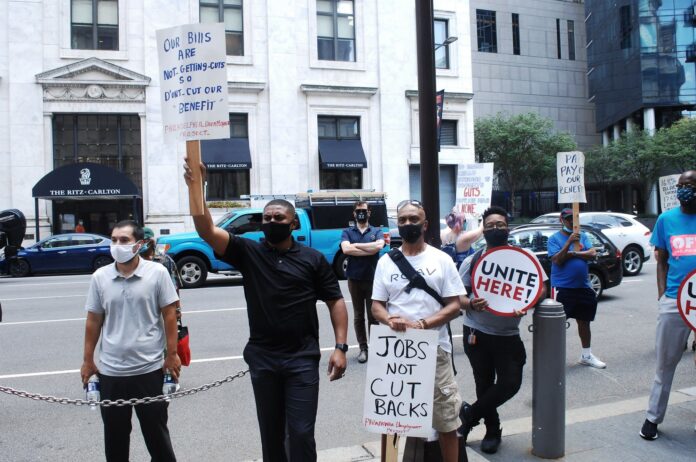 The recovery in the United States (US) labor market is still very slow. The proof is there are 778,000 US citizens registering new unemployment benefits.

From CNN, Thursday (26/11/2020), the figure is much higher than economists’ estimates about the new unemployment which reached 735,000 people. Even the revised prediction of economists is still lower at 748,000 people.

This is the first time jobless claims have raised for two consecutive weeks since late July. The 778,000 figure is the highest level in the last five weeks.

The latest unemployment benefits figures were released by the US Department of Labor on Wednesday.

The report also showed that jobless claims, which include people who have filed for benefits for at least two consecutive weeks, were 6.1 million on a seasonally adjusted basis. That figure is down from the previous week.

Then more than 4.5 million people have received Pandemic Emergency Unemployment Compensation (PEUC) benefits from the government on November 7. There was a two-week lag with PEUC data.

Overall, more than 20.4 million Americans still received some form of unemployment benefits as of November 7. That number has increased by more than 135,000 from a week ago.

This dismal jobs data is another sign of a break in the link between the stock market and the broader economy. The data also affects the US capital market.

There are hopes that President-elect Joe Biden will focus on striking a new stimulus deal with Congress following his inauguration in January. There is also a promise that a vaccine for COVID-19 could be widely available by 2021. However it will not give effects for people who are currently out of work in the US.

No Need to Worry, Now You Can Monitor Vaccine Stocks in Indonesia