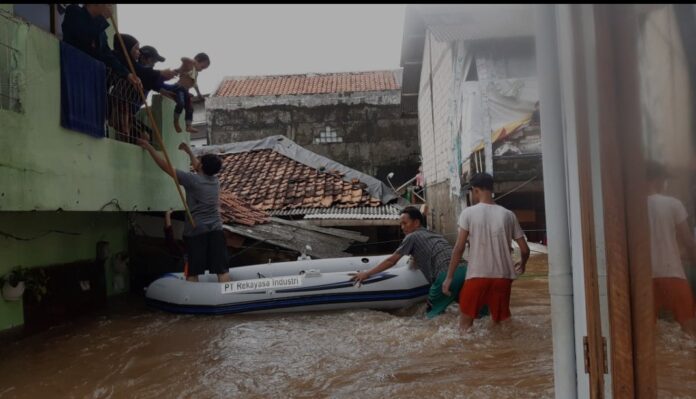 The flood water submerged some 300-meter-long section of the Pondok Jaya road. As a result, both motorists and car drivers could not yet passed through the road section connecting Mampang Prapatan, Bangka, and Kemang neighborhoods, he said.

The flooding also inundated 300-meter-long section of the Gang Langgar road that hampered the flow of vehicles.

According to the Jakarta Disaster Mitigation Agency (BPBD), the extreme rainfall on Saturday inundated 193 community units (RT) in Jakarta, and forced 1,380 residents to flee their homes.

Meanwhile, the South Jakarta Metropolitan Police reported earlier that car drivers could have driven through the Kapten Tendean road connecting Mampang and Pancoran neighborhoods heading to Prapanca and Kebayoran Baru areas on Sunday morning. As a result, both motorists and drivers could not pass through the road section, Andriansyah said.

In assisting residents severely affected by the flooding, a joint team of police officers, including those from the South Jakarta police precinct, had been dispatched to disaster-hit areas on Saturday. They conducted community services by distributing staple food packages and meal boxes to residents taking refuge to temporary shelters.

Jokowi: Labuan Bajo Is the Most Special in the World!

Indonesia Needs US$ 1 Trillion to Become a Green Country