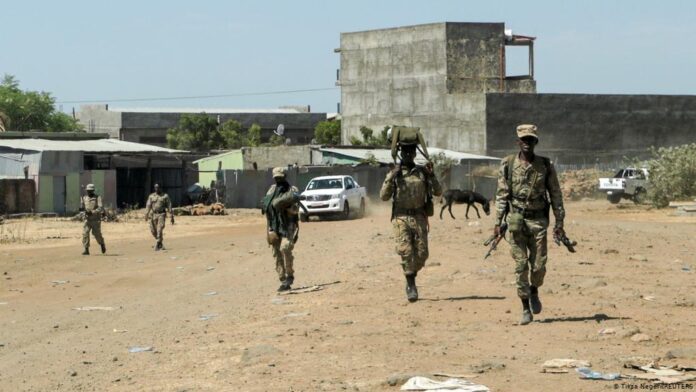 Attacks by armed groups killed more than 100 people in western Ethiopia on Wednesday local time. This was revealed by the Ethiopian Human Rights Commission (EHRC).

The EHRC, an independent government-affiliated body said in a statement on Wednesday evening that more than 100 people have been killed in fires and arson systems set up by armed men in the region Benishagul-Gumuz.

The EHRC said the survivors had disturbing photographic evidence of the attack which began in the early hours of while sleeping residents in the region’s Metekel zone and continued through Wednesday afternoon.

At least 36 other people were being treated at a hospital in Bulen for gunshot and arrow wounds. The hospital is located about 90 kilometers from where the attack occurred.

“Apart from the damage to human survival and the loss of life, crops were also burned. One victim told us he saw 18 such fires,” the statement said.

The EHCR said there were no police or security forces stationed in the area at the time of the incident. Military troops were dispatched to the area to defuse the disaster on December 22 but left the site afterward.

The EHRC added that humanitarian aid should be sent to help the injured refugees.

Minister of Finance Worried as the US Officially in Recession