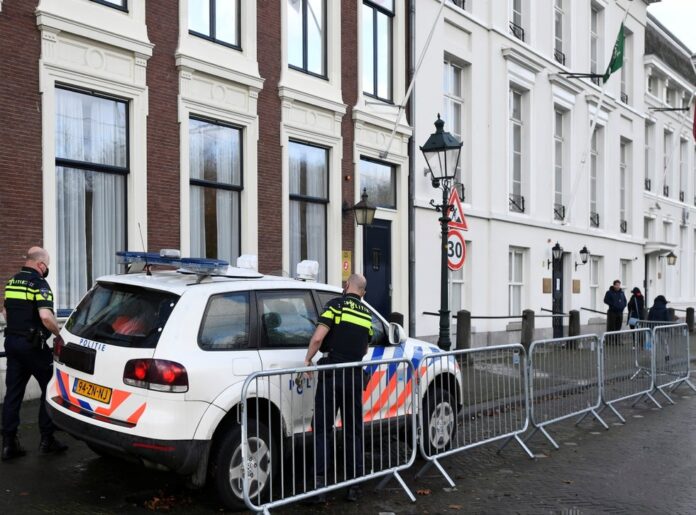 The Dutch police successfully arrested a shooting suspect at the Saudi Arabian Embassy building in The Hague.

As reported by the Associated Press, Friday (13/11), according to the spokesman for the Dutch Police, Steven van Santen, the authorities managed to arrest the suspect, who was a 40-year-old man after the incident.

The Saudi Arabian Embassy in the city of The Hague, Netherlands was reportedly hit by gunfire on Thursday (12/11). There were no dead victims in this terror attack.

“At around 6 am we received reports that multiple shots were fired at the Saudi embassy building at Koninginnegracht in The Hague. No one was injured. “The Hague police tweeted on Twitter.

The Dutch news agency ANP reported that a number of cartridges were found at the scene after the incident.

Local media said there were 20 bullet holes in the Saudi Embassy building and it also showed pictures of several holes in the windows, but police did not confirm the number of bullets fired.

Santen said, the suspect, was arrested in the city of Zoetermeer. However, he did not specify the identity of the suspect because of the rules set out in the Windmill Country legal system.

The Dutch Ministry of Foreign Affairs said they were continuing to coordinate with the Saudi embassy.

The Saudi embassy condemned the shooting and praised the swift response of the Dutch security officers.

“We will follow the results of the investigation and hope that the responsible person will be given a fair sentence,” the Saudi embassy said a statement.

In addition, the embassy asked all Saudis in the Netherlands to be alert.

The incident occurred just a day after a bomb blast hit the anniversary of the end of World War I which was attended by European diplomats in Jeddah, Saudi Arabia on Wednesday (11/11). At least four people were injured in the incident. However, no link has been found between the explosion and the shooting.