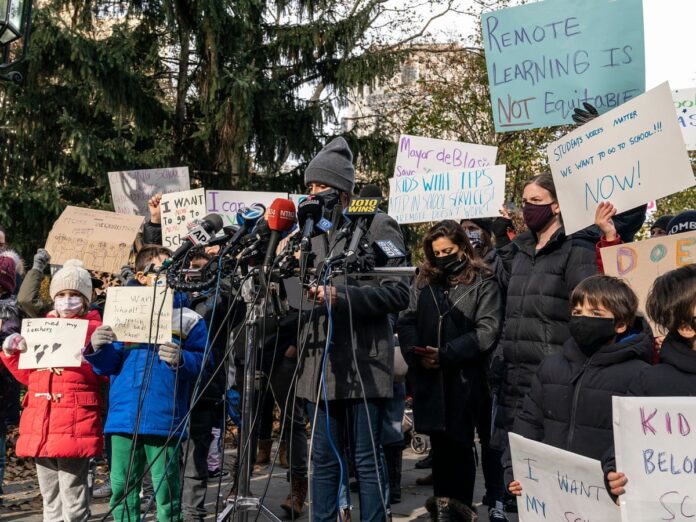 New York City, United States (US) gives permission for face-to-face elementary school classes on December 7. This was announced even though the Corona cases in the city had not subsided.

Many parents struggle to raise their children at home. The city will enact a requirement to close schools if the positivity rate exceeds three percent for a week.

New York, the largest school district in the country, currently has a positivity rate of 3.1 percent.

Bill de Blasio told reporters that the reopening is possible “because we have so much evidence now of how safe the school is.”

He said returning students would be subject to weekly COVID-19 tests.

He also said on Twitter that the five days school instruction would become the preferred model for schools with spaces to allow social distancing.

Until now, face-to-face schools were only offered two or three times a week.

The question of how and when to continue teaching in person has been hotly debated in cities around the world, with parents and officials trying to balance safety concerns with fears that children’s education and social development are suffering.

“We want our children to be in as many classrooms as possible,” Mayor de Blasio said. “Our family is the same. We will work to make it happen,” he added.

Meanwhile, New York state governor Andrew Cuomo gave his support for the city of New York welcoming back the students.

“Almost every professional says schools, especially K-8, should stay open if they can operate safely,” he said.

Classes for junior and high school students in New York – except those with disabilities – will still be conducted virtually.

Earlier, the city, under an agreement with the teachers’ union, had canceled all face-to-face classes on November 19. This happened in the midst of the rise of COVID-19 with the positive rate increasing from one percent to 3.1 percent.

The decision angered many parents, who said it made no sense to close schools, with relatively low transmission rates, while bars and restaurants remained open. They point to the example of Europe, where most schools remain open.

After the summer vacation, New York became the first major US city to partially restart face-to-face classes. About 300,000 from  1.1 million students returned to schools.

5 Types of Vaccines Are Allowed by BPOM as a Booster