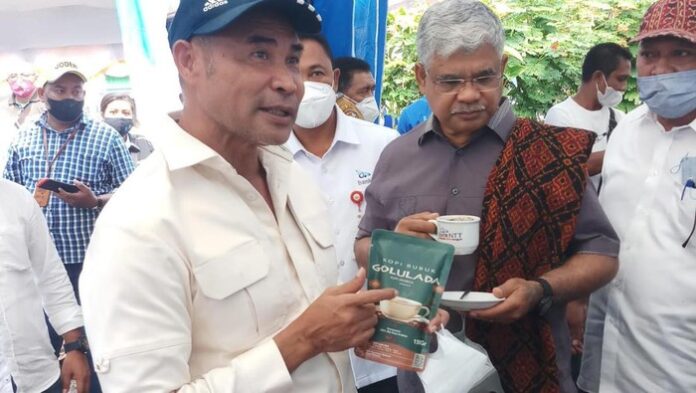 The G20 Summit is continuing. This time, it is not about the course of the event. The news has come from the Governor of East Nusa Tenggara Province, Viktor Bungtilu Laiskodat (VBL). The Governor of NTT officially proposed to the Central Government to include Flores Coffee products as official coffee at the G20 Bali and Labuan Bajo-NTT High-Level Conferences.

This official request was submitted through a letter addressed to the Minister of Trade of the Republic of Indonesia numbered BU:004.1/01/Perindag/2022 dated May 12, 2022.

In the official letter, the Governor of NTT, Viktor Bungtilu Laiskodat asked the central government for Flores-NTT Coffee to be allowed to become the official coffee for the G20 event later.

The governor’s letter refers to the letter from the Manggarai Regency Chamber of Commerce and Industry (KADIN) number: 008/Kadin/MGR/V/2022 dated 11 May 2022 regarding the Application for Geographical Indications (IG) Flores-NTT to be the official copy of the G20 event.

In the letter bearing the logo of the Governor of NTT and signed by Viktor Bungtilu Laiskodat, it is detailed that there are three important points why Flores Coffee is being fought for as an official coffee in the forum which will be attended by the leaders of the big countries in the world.

The facts are taken into consideration as first, Flores-NTT Coffee has received a Geographical Indication Certificate (GIS) from the Directorate General of Intellectual Property Rights of the Ministry of Law and Human Rights of the Republic of Indonesia.

“In connection with the upcoming G20 activities in Bali and the Side Event in Labuan Bajo, Flores Coffee can be used as official coffee at G20 activities,” wrote Viktor Bungtilu Laiskodat.

The encouraging thing is that Bank NTT, as the pride of the NTT community, which for years has been active in boosting the potential of MSMEs, immediately moves to prepare everything needed.

The President Director of Bank NTT, Harry Alexander Riwu Kaho, emphasized that as a regional bank, his party is ready to support the steps being taken by the NTT Provincial Government.

He added, “The step to love your product that the Governor of NTT has taken has a very positive impact on the revival and sustainability of the NTT economy, especially on the MSME scale. reasonable prices, product diversity as well as healthy and competitive product competition in the market.”

Want to Relieve Depression? Try to Consume These Healthy Foods!