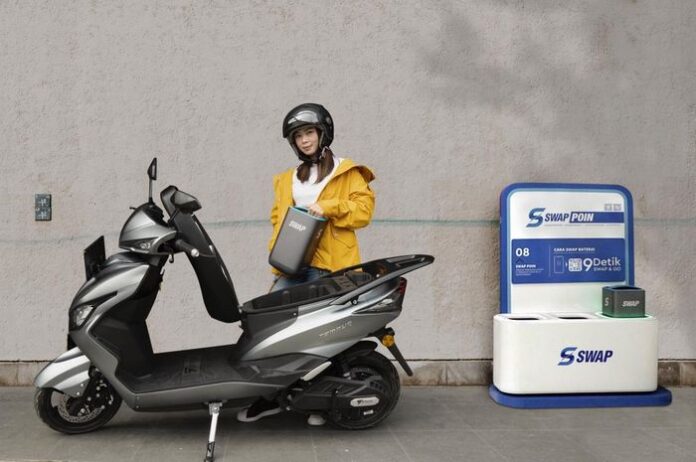 Following up on the Presidential Decree regarding the transition acceleration to 2 million electric motors by 2025, the Ministry of Transportation (Kemenhub) has made the Type Test Registration Certificate (SRUT) a free program.

Minister of Transportation Budi Karya Sumadi explained that he had issued some regulations and policies in following up on the President’s decisions, both from Presidential Decree No. 55/2019 and Presidential Instruction No. 7/2022 to accelerate the transition.

“We encourage the Type Test Registration Certificate (SRUT) for free to provide convenience and currently there are around 28,000 SRUT of electric vehicles that we have completed,” he said in an official statement, quoted Wednesday (5/10/2022).

Budi explained, three main things must be considered and continue to be improved in achieving the target of transitioning from gasoline to electric motors. First, it is a matter of battery quality, then increasing charging stations or battery replacement places, and finally the engine quality of electric vehicles.

Currently, the number of motorcycle users in Indonesia is around 133 million. In terms of demand, it reached 5 million units in one year, even before the pandemic it reached 10 million units.

The high demand shows that the motorcycle market in Indonesia is large which can be used as a game changer in accelerating the transition.

The government has pushed through regulations, universities with research and industry players to massively implement and produce electric vehicles at more economical prices and with good quality.

To increase the population of electric vehicles, the government has issued various regulations. one of them is Presidential Instruction Number 7 of 2022 concerning the Use of Battery Electric Motorized Vehicles (Battery Electric Vehicles) as Operational Service Vehicles and/or Individual Vehicles for Central Government Agencies and Regional Governments.

Currently, there are 35 automotive manufacturers ready to produce electric motorcycles. The capacity is one million vehicles per year and is targeted to increase to two million units by next year.

To support the electric vehicle ecosystem in the country, good collaboration is needed from each Ministry/Agency. That’s because each has a different task in supporting the development of national electric vehicles.

Indonesia’s Inflation Is the Lowest Compared to Other G20 Countries

Here is The List of Smartphone That Will be Upgraded into...