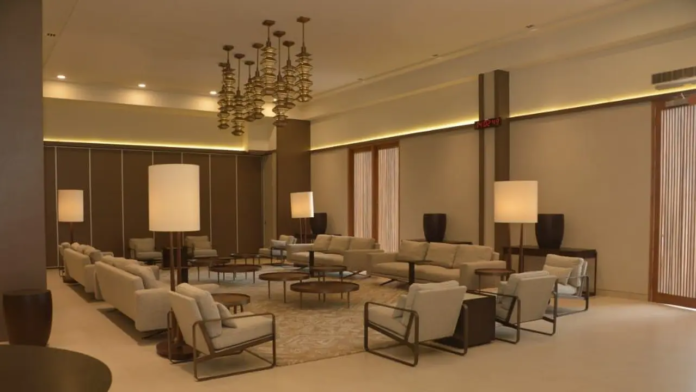 The manager is working on the revitalization of Naratetama Terminal and Naratama Terminal. The new VVIP terminal will be a premium facility for welcoming state guests at the G-20 Summit event.

Minister of Transportation Budi Karya Sumadi said that the waiting room or VVIP and VIP terminals already have five-star hotels.

“In my opinion, this is like a five-star hotel. Very good. Not inferior to airports like me (ever) going to Korea, Europe, Japan, Singapore, the VVIP room is much better,” Budi Karya was quoted as saying in a written statement, Thursday (6/10/2022).

The revitalization of the terminal building or waiting room for state guests carries the concept of local wisdom of traditional Javanese buildings. The rooms in the terminal are named Yudhistira, Bima, Arjuna, Nakula, and Sadewa as a representation of Indonesian culture.

Meanwhile, the installation of Terracotta bricks embedded in the walls of the building emphasizes the grounded and aesthetic impression of the building.

Regarding the program, on the land side facility, after revitalization, the runway measuring 3000 meters x 45 meters is now suitable for serving wide-body aircraft (eg Boeing-777).

Some leading architects in Indonesia were also involved in the arrangement of the VVIP terminal with a simple, modern, and expressive design. They are Yori Antar Reza, Reza Wahyudi, to the painter Iwan Yusuf.