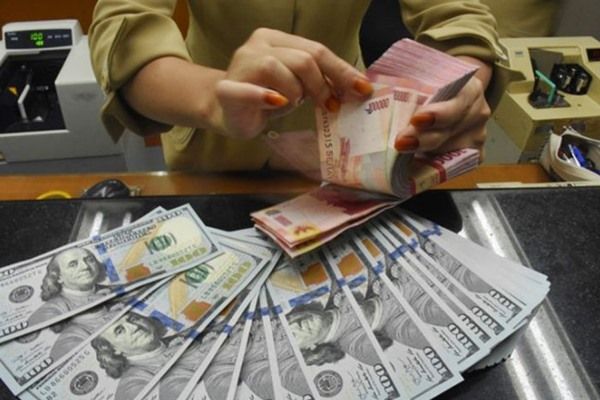 Bank Indonesia (BI) has just updated the amount of Indonesia’s foreign debt (ULN). Indonesia’s external debt position at the end of July 2022 was recorded at US$ 400.4 billion or Rp 5,965.96 trillion (Rp 14,900/US$). This realization decreased compared to the external debt in the previous month of US$ 403.6 billion.

“This development was caused by a decline in foreign debt in the public sector (Government and Central Bank) and the private sector,” said Head of the BI Communications Department Erwin Haryono, Thursday (15/9/2022).

On an annual basis, he revealed that the position of foreign debt in July 2022 contracted by 4.1% (YoY), deeper than the contraction in the previous month of 3.2% (YoY).

BI noted that the Government’s external debt in July 2022 continued the downward trend.

The government’s external debt position in July 2022 was US$185.6 billion, lower than the previous month’s position of US$ 187.3 billion.

He added that the decline in Government external debt occurred due to a shift in the placement of funds by non-resident investors in the domestic Government Securities (SBN) market in line with the high uncertainty in global financial markets.

Meanwhile, loan instruments experienced an increase in position from the previous month which was used to support program and project financing, both for handling Covid-19, and infrastructure development as well as for the construction of other projects and programs.

“The withdrawal of external debt carried out in July 2022 is still directed at financing the productive sector and efforts are made to continue to encourage the acceleration of the National Economic Recovery (PEN).”

He added that the government remains committed to maintaining credibility by fulfilling the obligation to pay principal and interest on debt promptly, as well as managing external debt in a prudent, credible, and accountable manner.

“The position of the Government’s external debt is relatively safe and under control in terms of short-term refinancing risk, considering that almost all of them are long-term external debt with a share of 99.7% of the total government external debt,” he said.

On an annual basis, private external debt contracted 1.2% (YoY), deeper than the contraction in the previous month of 0.7% (YoY).

Erwin said this development was caused by the contraction of external debt of financial institutions and non-financial corporations by 2.0% (YoY) and 0.9% (YoY) respectively, mainly due to net payments of debt securities.

Overall, the structure of Indonesia’s external debt remains healthy, supported by the application of prudential principles in its management.