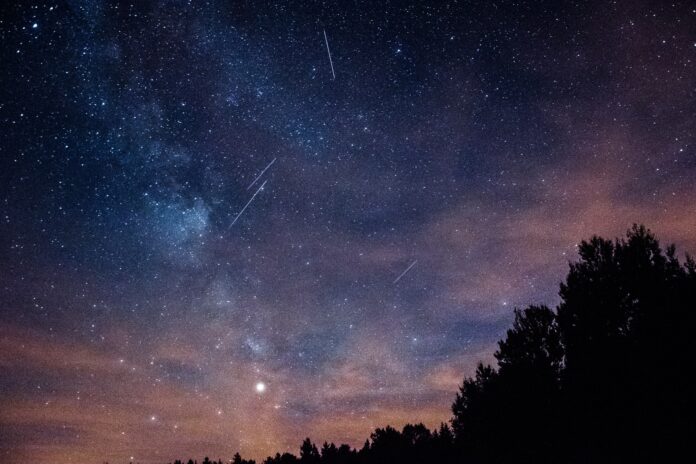 The Bosscha Observatory conveyed that some meteor shower phenomena will occur in November 2020. All of these phenomena are said to be witnessed without tools.

The closest phenomenon to the peak of the meteor shower is the North Taurid meteor shower which will be occurred on November 12, 2020. Meteor showers can be seen all night until dawn with the radian point which will appear at 18.22 WIB.

To observe it, Bosscha suggested looking for a dark place and far from the light source so that you can see the dim meteor and don’t need a telescope. Bosscha said there were more dim meteors than the relatively bright ones, so the chances of seeing a meteor shower would be even greater.

Bosscha said that the peak of the Leonid meteor shower will occur at 00.21 WIB. The radian point of the meteor shower can be found right in the “lion body” of the constellation Leo.

Observations of the Leonid meteor shower will be even more interesting considering the moon’s phase when it is a new moon or only 1 day old with a brightness of only 5% of the full moon so that the moon light will not interfere.

Bosscha revealed that the Alpha-Monocerotid meteor shower occurred on November 15-November 25, 2020 and the peak will occur on November 21, 2020.

The radian point of the meteor shower is in the constellation of Canis Minor. From Bandung, meteor showers will be observed after 21.31 WIB every night until around 05.00 WIB.

The best time to observe it is around 04.00 WIB when the radian point is highest above the horizon. The peak of the meteor shower will be observed at 18.00 WIB.

The point of radian is said to be in the constellation of Orion. From Bandung, the meteor shower will occur after 19.27 WIB until 05.00 WIB with the best observation at around 01.00 WIB.

At its peak, the Orionid meteor shower will occur at 09.00 WIB. In Bandung, the radian point at the peak will be at an altitude of 67 degrees so it is predicted to observe 2 meteors per hour. This prediction assumes the sky is very dark.

The Secondary House Selling Price in DKI Jakarta Is Predicted to...