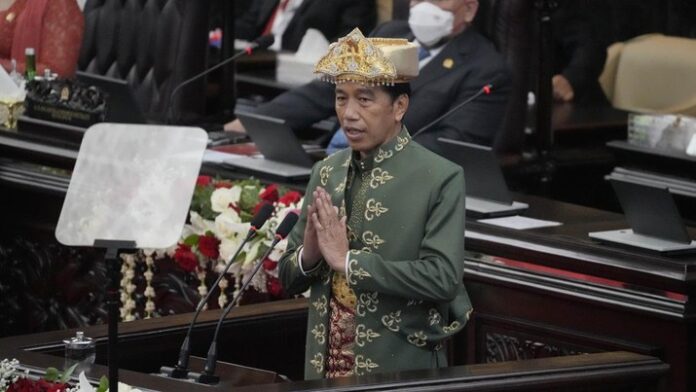 Indonesia is ready to become the producer of green products. This was conveyed directly by the President of Indonesia, Joko Widodo. He ensured that Indonesia was ready to compete as the green products producer at the international level.

“The green industrial area in North Kalimantan will become the largest Green Industrial Park in the world. I am optimistic that we will become a producer of green products that are competitive in international trade,” said President Jokowi in the Annual Session of the Indonesian People’s Consultative Assembly and the President’s State Speech, in the Context of the 77th Anniversary of Indonesian Independence, Tuesday (16/8/2022).

Meanwhile, Jokowi said, these efforts can be directly synergized with programs to increase food production and bio-energy as well as the wise use of marine biological wealth, which will become a major force for food, pharmaceutical, and energy products.

“Similarly with our plantations, including oil palm, which has proven to be the world’s largest supplier of CPO,” said Jokowi.

In addition, Indonesia has abundant natural resources, one of which is nickel.

“The condition is one, it must be downstream and industrialized domestically so that the added value can be maximized for the national interest. This will open employment opportunities, increase exports, generate foreign exchange, increase state income, and boost economic growth,” Jokowi explained.

Jokowi added that with these great strengths and opportunities, Indonesia has a great opportunity to build an Indonesia that is inclusive, just, and sustainable.

First, the downstream and industrialization of natural resources must continue. Nickel downstream, for example, has increased steel exports 18 times. In 2014, it was only around IDR 16 trillion, but in 2021 it will increase to IDR 306 trillion.

“By the end of 2022, we hope to reach IDR 440 trillion. That’s only from nickel. In addition to tax revenues, the country’s foreign exchange will also increase, so that the rupiah exchange rate is more stable,” he said.
Jokowi said that currently, Indonesia has become a key producer in the global lithium battery supply chain. Electric car manufacturers from Asia, Europe, and America are investing in Indonesia.

“After nickel, the Government will also encourage the downstream of bauxite, downstream of copper and tin. We must build an integrated domestic industrial ecosystem, which will support the development of the world’s green economy ecosystem,” said Jokowi.

Second, apart from downstream, we must continue to improve the optimization of clean energy sources and the green economy. Nursery and rehabilitation of tropical forests and mangrove forests, as well as rehabilitation of marine habitats, will continue to be carried out and will become a large potential carbon sink.