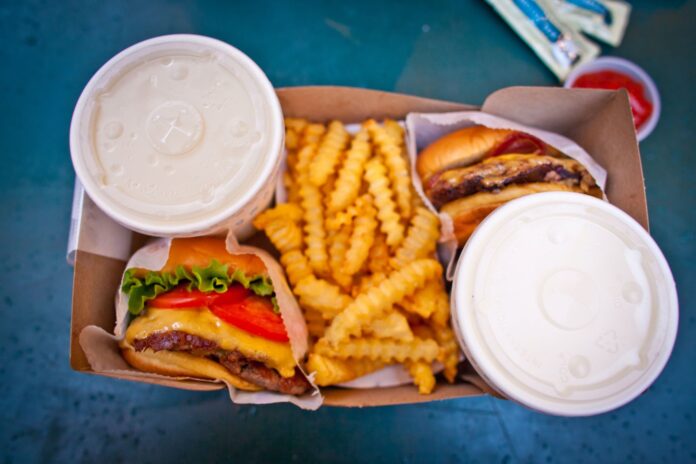 If you don’t experience premature aging, then it’s better to avoid eating junk food. Studies suggest that people who eat a lot of processed fast food are more likely to show changes in their chromosomes associated with aging.

Consumption of three or more servings of so-called “ultra-processed foods” per day doubles the likelihood that DNA and protein strands called telomeres, which are found at the ends of chromosomes, will be shorter than people who rarely eat such foods, scientists reported at the European Conference. and International on Obesity.

Marti and colleagues looked at data from nearly 900 people aged 55 or over who provided DNA samples in 2008, and provided detailed data on their eating habits every two years thereafter.

The study of 645 men and 241 women was divided equally into four groups, depending on consumption of ultra-processed foods.

Short telomeres are markers of biological aging at the cellular level, and the research suggests that food is a factor that encourages cells to age faster. Although the correlation is strong, however, the causal relationship between eating processed foods and reduced telomeres remains speculative.

Quoting the South China Morning Post, every human cell has 23 pairs of chromosomes that contain the genetic code. Telomeres do not carry genetic information, but are essential for maintaining the stability and integrity of chromosomes and, furthermore, the DNA that all cells in our bodies rely on to function.

As we age, our telomeres naturally shorten because every time a cell divides, some of the telomeres are lost. This reduction in length has long been recognized as a marker of biological age.

Junk food is produced industrially and consists of oils, fats, sugars, starches and proteins that contain little whole or natural foods. They often include artificial flavorings, colorants, emulsifiers, preservatives, and other additives that increase shelf life and profit margins. This also means that the food is poor in nutrition.

Previous research has shown a strong correlation between ultra-processed foods and hypertension, obesity, depression, type 2 diabetes and some forms of cancer.

Therefore, be careful about consuming junk food if you don’t want to experience premature aging.

Indonesia Receives 3 Million Vaccine from France and 20,102 Remdesivir from the Netherlands

The hand rail is going a little faster than the moving sidewalk.