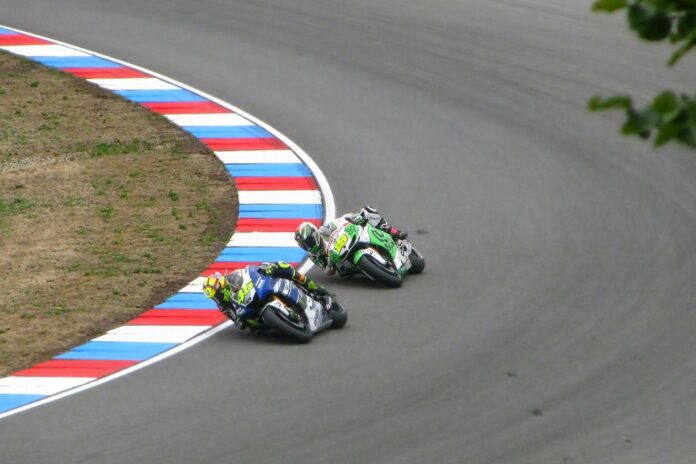 Ahead of the 2020 Emilia Romagna MotoGP at the Misano Circuit, Sunday (20/9), Yamaha racer Valentino Rossi is said to be still thinking about bad luck at the San Marino MotoGP.

Rossi, who from the start of the race finished second behind Franco Morbidelli, had to be willing to take his desire to reach the podium in the race by Joan Mir.

But at the final corner, Suzuki’s Joan Mir racer again overtook Rossi and won the third podium at the San Marino MotoGP, which incidentally is the hometown of the 41-year-old racer.

Facing the seventh series of MotoGP 2020 at the Emilia Romagna MotoGP which is still being held at Misano, it turns out that Rossi has not been able to get rid of the bad moments last week. This was revealed by the Head of the VR46 Academy who is also Rossi’s best friend, Alessio Salucci.

“We are still thinking about last weekend, a historic day but there is no heaven on the cake,” said Salucci.

“We are working to make sure to add the icing,” Salucci added.

The man who is familiarly called Uccio also talked about the strategy that Rossi could apply at the MotoGP Emilia Romagna later, namely replacing the front tires with hard tires.

However, according to Uccio, the key to winning the race this weekend is good results in the first and second free practice on Friday (18/9).

“If we start with a good result on Friday, why not fight for the win,” said Uccio.

The Implementation of Restrictions on Community Activities (PPKM) in Greater Jakarta, DIY, Bali, and Greater Bandung Moves to Level 3!