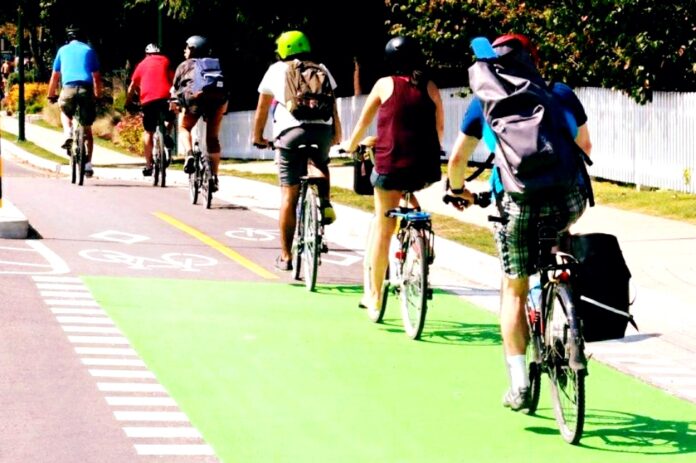 The special area for cyclists (KKP) will take effect tomorrow. However, only 10 points in DKI Jakarta.

DKI Kadishub Syafrin Liputo asked cyclists not only to be on the Thamrin-Sudirman route. But, order also spread to the point that has been provided.

“Therefore, we hope that residents who usually exercise in the temporary bicycle lane locations, namely along Jalan Sudirman -Thamrin – Merdeka Barat will scatter to the Special Cycle Area or KKP that we provide. It will also be carried out in stages,” said Syafrin, Saturday. (29/8/2020).

KKP implementation in these 5 areas will start at 06.00-09.00 WIB. His party will deploy hundreds of dishub officers. As well as TNI / Polri and Satpol PP officers.

“In the reopening of the KKP, his party will deploy 579 Dishub personnel, and collaborate with 86 personnel from the TNI / Polri, and 121 Satpol PP personnel,” he said.

Syafrin appealed to people who exercise to adhere to health protocols and be disciplined in obeying the rules for activities in the Special Cycle Area.

“Once again we emphasize the community to implement 3M, wear masks, wash hands, maintain distance. And we emphasize that residents who are vulnerable to COVID-19 transmission, namely elderly citizens, children under 9 years old, and pregnant women are prohibited. doing activities in the KKP area, “said Syafrin.

The Special Cycle Area in the initial stage will be implemented in 10 locations as follows:

Transit Hotels in Toll Rest Areas, Could It Be a New Business Prospect?