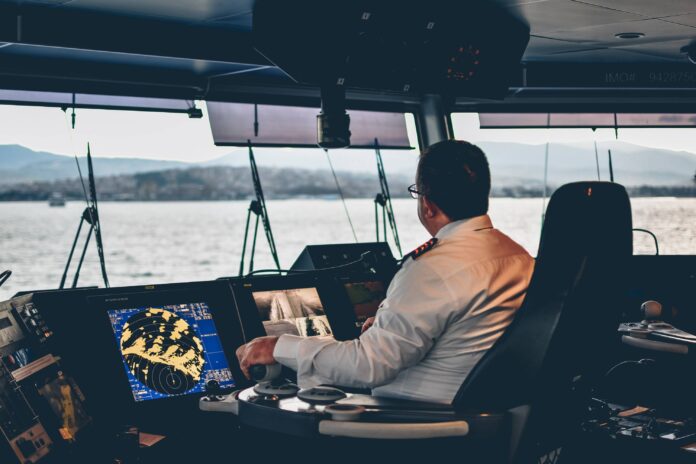 Pinhantanas is an association for more than 30 private defense industries that produce defense and security equipment, including for the needs of the Indonesian Army (TNI), Indonesian National Police (POLRI), and Indonesian Maritime Security Agency (Bakamla). The ADS Group is the United Kingdom’s leading trade and export organization.

The webinar’s theme “Doing maritime Business between the UK and Indonesia” was attended by various parties, including maritime business persons, governments, end-users, and think tanks of both countries.

In this activity, Major General TNI (Ret.) Jan Pieter Ate who served as the Daily Chair of Pinhatanas, also the host of the webinar explained the potential and prospects of the Indonesian maritime industry, both for investment and business.

This webinar describes the identification of potential partners in the maritime business sector as well as the maritime industry market’s potential in Indonesia, with the scope of the shipbuilding industry, design, and manufacture of various types and sizes of military and non-military ships.

Pinhantanas, as a party from Indonesia, stated that the UK showed seriousness in establishing cooperation and trade partnerships in the maritime sector with Indonesia.

“The UK’s delegation gives confidence that the UK’s government and businessmen see Indonesia as a big country which shortly will emerge as a developed country,” said the Pinhantanas party.

Therefore, UK’s entrepreneurs have a strong desire and motivation to make Indonesia their first choice in the Southeast Asia Region in terms of cooperation and trade.

The UK’s delegation wants to transfer technology with Indonesia to the technical key level, within the framework of mutually beneficial cooperation.

The UK’s delegation, ADS Group led by Brinley Salzmann who also served as director of International Cooperation and Exports. Several speakers from the UK, including Mark Hanney, explained the provisions and mechanisms for exports and trade in the defense and security sector.

In addition, the UK delegation also explained the perspective of their community on the potential cooperation with Indonesia’s maritime sector.

Omicron – All You Need To Know About New Covid-19 Variant

Areas in Indonesia that Could See Lunar Eclipse on 19 November