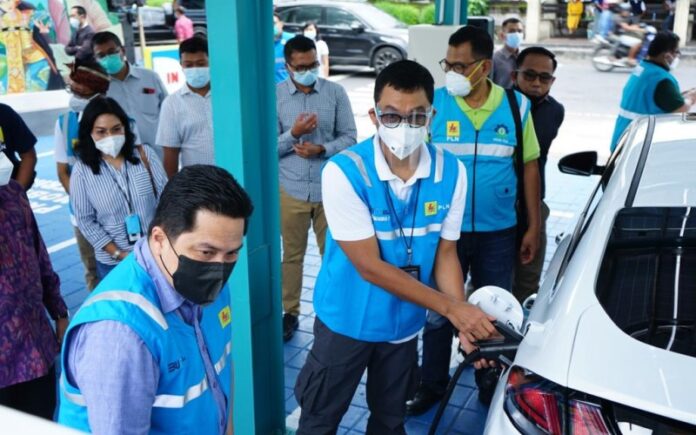 The peak of Indonesia’s G20 is getting closer. It will be held in November. To support this event, the State Electricity Company (PLN) has prepared electric vehicle infrastructures such as the General Electric Vehicle Charging Station (SPKLU) and home charging at strategic points that will support the electric vehicles operation.

Executive Vice President of Regional Distribution for Java Madura Bali, Ida Bagus Ari Wardana, explained that the construction of the SPKLU is part of the electricity infrastructure project to make the G20 Summit a success. The presence of electric vehicles is part of the implementation of PLN’s commitment to encouraging the transition to electric vehicles in Indonesia.

In addition to the construction of the SPKLU, PLN has also arranged electricity infrastructure in three locations, namely the Ngurah Rai Grand Forest Park which has been 100 percent completed, the Siligita – Kempinski line which has been completed 83 percent, and the west side of the Muara Reservoir Area which has reached 70 percent.

The readiness of generation and primary energy which is divided into 10 action programs has been completed up to 71.65 percent, for the transmission sector the completion has reached 90.07 percent and the distribution sector as a whole has reached 82.98 percent.

“We are also conducting an electrical assessment at the G20 Summit venue, currently 63.3 percent has been completed, 19 locations have been completed, and 11 other locations will be completed by the end of September 2022,” said Ari.

Property Loans Up 5.4 Percent YoY at the Beginning of the...

Check the Latest Quarantine Rules from the Kemenhub below! Quarantine Can...