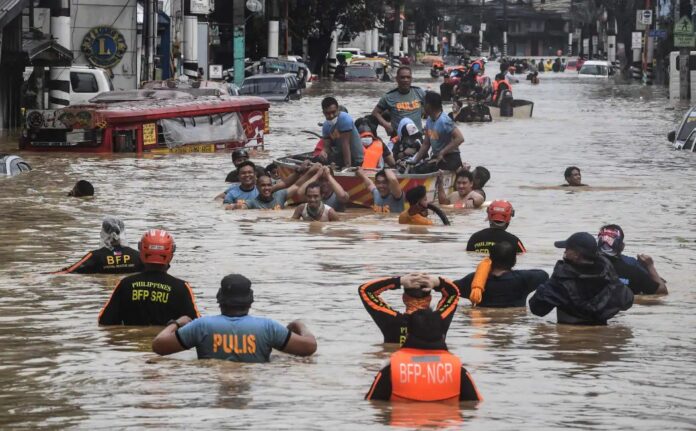 The death toll from Cyclone Vamco that hit the Philippines increased to 67 people. Local officials said much of the northern area was inundated by the worst floods in four decades.

The Philippine President, Rodrigo Duterte, flew to Tuguegarao province to see the situation in the Cagayan Valley region, an area hit by heavy flooding after Cyclone Vamco caused rain over large parts of the island of Luzon, including the metropolitan capital Manila.

However, 12 people are still reported missing. Nearly 26,000 houses were damaged by this Vamco cyclone.

“This is the worst flood we have experienced in 45 years,” Cagayan Governor, Manuel Mamba , said. “We see that it gets worse every year,”.

Bad weather and the increasing volume of water from the dam impacted thousands of families in Cagayan. Some of the residents climbed onto the roofs of houses to escape the big flood.

Six cyclones hit the Philippines in a span of 4 weeks, including Vamco and Super Goni cyclone, the world’s most powerful hurricane this year.

Mamba also complained about the deforested forests in Cagayan. As a result he urged Duterte to order a halt to cut trees in the province.

“We always talk about illegal logging and mining, but no one pays attention to it,” Duterte said.

Rescue operations continued in Cagayan even though the nearby Magat Dam was still spilling water. Typhoon Vamco, the 21st typhoon to hit the Philippines this year, also caused the worst flooding in several parts of the city.

Jokowi: Indonesia’s Economy Is the Highest Among G20 Countries