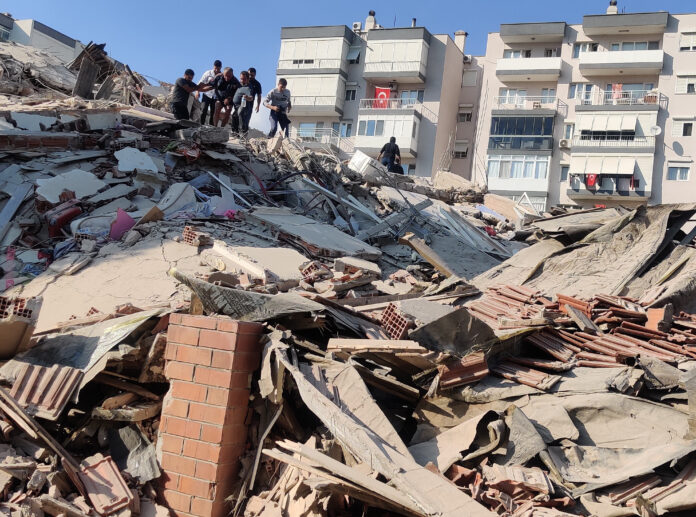 Officials said 25 people were killed in coastal areas in Izmir, Turkey, while two teenagers – a boy and a girl – died on the Greek island of Samos after a wall collapsed on them. At least 804 other people were injured as a result of the powerful earthquake that rocked on Friday (30/10).

The United States Geological Survey (USGS) measured the tremor’s magnitude at 7.0, while Turkish authorities said it was 6.6. The quake struck at 1:51 pm Greek time.

At least 804 people have been injured in Turkey. Turkish Health Minister, Fahrettin Koca, said as reported by Anadolu Agency, Saturday (31/10/2020), 435 people are currently receiving treatment in hospital, while 8 people are in intensive care and 5 are undergoing surgery.

He also said about three hundred people had been discharged from hospital after receiving treatment.

At least there were 470 aftershocks, with 35 earthquakes stronger than 4.0 magnitudes have occurred.

Meanwhile, search operations were still being carried out in nine other buildings that collapsed by the earthquake. This was conveyed by Minister of Environment and Urbanization Murat Kurum, who said damage assessment work had begun in public buildings.

Izmir Governor Yavuz Selim Kosger said the quake triggered a partial tsunami in the coastal district of Seferihisar, which left at least one person injured.

More than 475 vehicles and nearly 4,000 rescue workers, along with 20 sniffer dogs, have been dispatched to the scene.