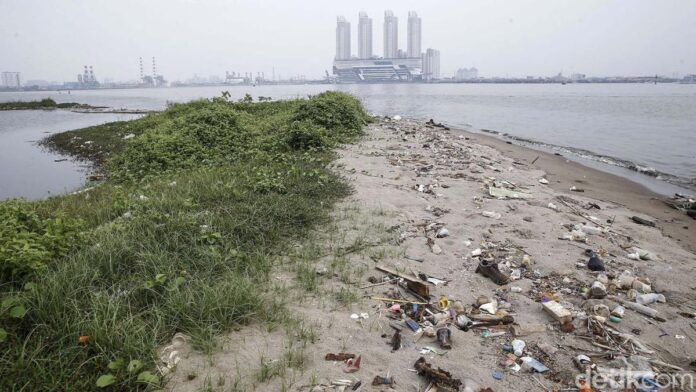 Island G, which is a reclamation island in the Jakarta area, is currently in the spotlight. This is due to the pathetic and abandoned condition of the island. Head of the DKI Jakarta Provincial Government’s Copyright, Spatial Planning and Land Office, Heru Hermawanto, said that the DKI Jakarta Provincial Government can not use the island unilaterally.

He said that there must be a cooperation agreement (PKS) with the private sector in this case the developer to use it on Island G.

The agreement must be properly corrected to avoid detrimental things. Island G is the result of reclamation in Jakarta Bay.

“Well, this cooperation must be observed. If possible, do not cause harm,” he said.

The use of it as a settlement is still unclear. The plan for the settlement was previously stated in the DKI Governor Regulation (Pergub) Number 31 of 2022 concerning the Detailed Spatial Planning (RDTR) for the Special Capital Region of Jakarta Provincial Planning Area.

Deputy Governor of DKI Jakarta Ahmad Riza Patria explained that although it is already in the RDTR, the designation of it must also adjust to the regional spatial plan (RTRW).

“All development in Jakarta, except for Island G, must be following the existing RTRW and RDTR,” said Riza Patria at DKI Jakarta City Hall, Friday (30/9/2022).

Riza Patria also explained that there are no exclusive areas in DKI Jakarta, including that island. This means that the use of Island G is open to anyone.

“This means that if there is a closed assumption, it is not allowed, it is not allowed and it will also be used later as has often been conveyed. Later of course it will be adjusted whether there are settlements, there are commercial, there are offices, pay attention to the environment and of course green open spaces,” he said.

It is known that the Governor of DKI Jakarta, Anies Baswedan, previously designated Island G as a threshold zone that was directed to residential areas. This is stated in Article 192 of DKI Governor Regulation (Pergub) Number 31 of 2022 concerning Detailed Spatial Planning (RDTR) for the Special Capital Region of Jakarta Provincial Planning Area.

Property Loans Up 5.4 Percent YoY at the Beginning of the...

UN: Humans Under Threat of Extinction