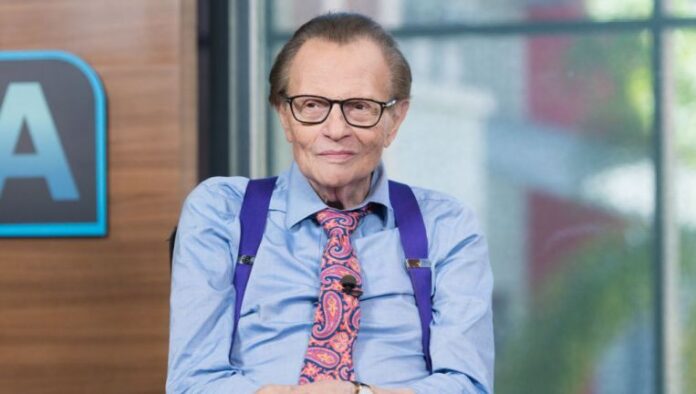 Larry King, the radio and television personality whose conversational interviews with celebrities and newsmakers made him a broadcasting icon for nearly half a century, has died this Saturday. King, 87, has been hospitalized at Cedars Sinai Medical Center in Los Angeles for more than a week. Due to protocols at the hospital, King’s three sons have been unable to visit him, according to the source.

King, who has Type 2 diabetes, has confronted a series of medical issues over the years, including several heart attacks and quintuple bypass surgery in 1987. In 2017, King revealed he had been diagnosed with lung cancer and successfully underwent surgery to treat it. He also underwent a procedure in 2019 to address angina.

Over a nearly 60-year career that spanned radio, cable television and the internet, the Brooklyn native estimated that he conducted more than 50,000 interviews — not one of which he prepared for in advance. But that off-the-cuff style, along with his raspy baritone delivery and trademark suspenders, made “Larry King Live” a popular prime-time draw on CNN from 1985 through 2010.

It was a run that helped build the cable news network into a major presence in American living rooms.

Born to Jewish immigrant parents on Nov. 19, 1933, Lawrence Harvey Zeigler took his New York accent and delivery with him to Miami, where he started his on-air career as a disc jockey in 1957 after changing his last name to King. King hosted CNN’s “Larry King Live” for 25 years, interviewing presidential candidates, celebrities, athletes, movie stars and everyday people. He retired in 2010 after taping more than 6,000 episodes of the show.

Labuan Bajo to be transformed into a world class tourist destination