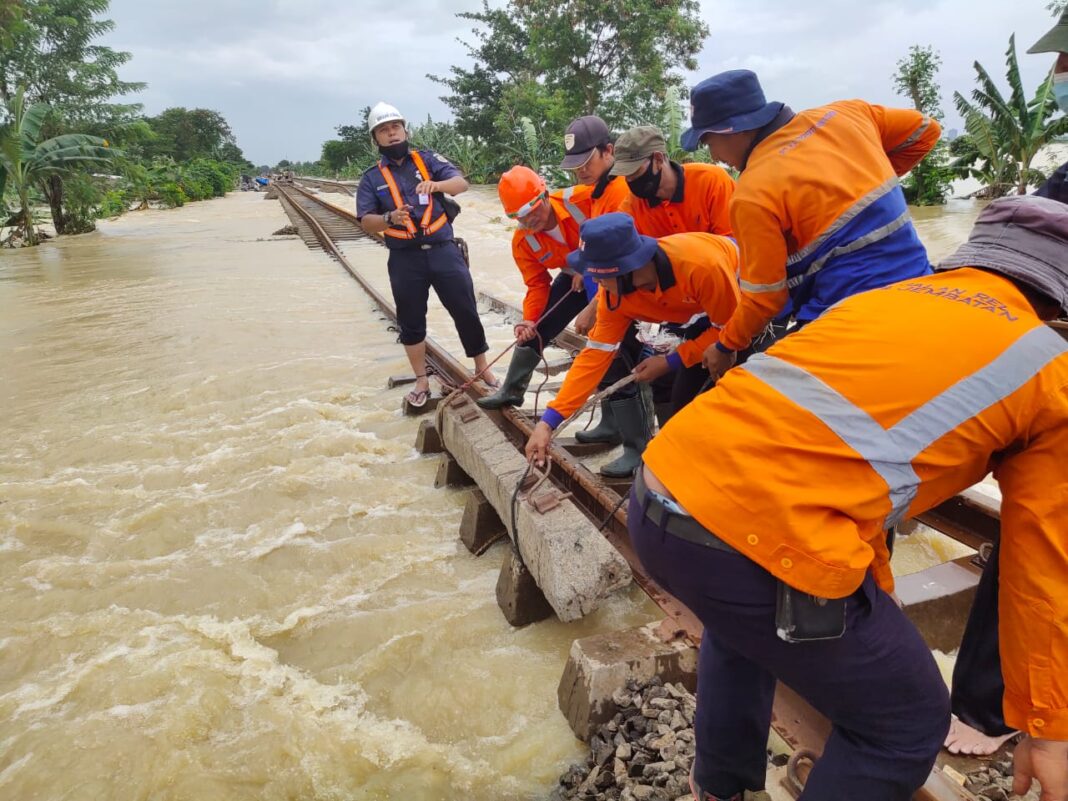 PT KAI Daop 1 Jakarta canceled all long-distance train (KA) trips from Gambir Station and Pasar Senen or as many as 15 trains on Monday (22/2/2021). This is because the road block between Kedunggedeh-Lemah Abang Station Km 55 +100 to KM 53 + 600 has not been able to be passed through the impact of being flooded.

“In total, there are 15 trains that were canceled from the Daop 1 area of Jakarta. Seven trains from Pasar Senen Station and eight trains from Gambir Station,” explained Eva Chairunisa, Head of KAI Daop 1 Jakarta, in an official statement, Monday (22/2/2021).

Apart from the cancellation of long-distance train trips, all local train trips for the Cikarang – Purwakarta (PP) connection that operate across this route were also canceled. To date, the PT KAI Daop 1 Jakarta team has made maximum efforts to repair the flood-affected infrastructure in collaboration with various parties.

Meanwhile the operation of KRL trips (Commuter Line) in all traffic and the situation of all stations on Monday (22/2) was observed to be safe, smooth, and conducive.

VP Corporate Secretary of KAI Commuter Anne Purba said the flooding that had begun to recede in a number of Jabodetabek areas had no impact on KRL services. KAI Commuter continues to operate 986 KRL trips per day with operating hours starting from 04.00-22.00 WIB according to regulations during the period of limiting community activities amid the Covid-19 pandemic.