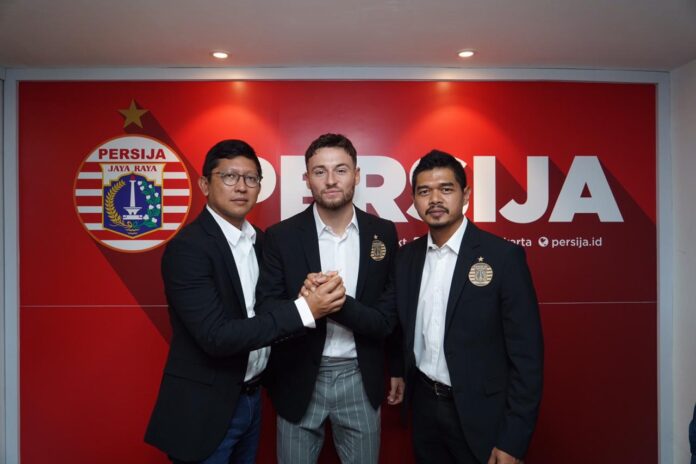 The naturalization process of Marc Klok ended. This Persija Jakarta player officially becomes an Indonesian citizen after taking an oath.

This news was announced on the official Persija website. In the statement, Marc Klok took the oath on Thursday (12/11/2020).

“Marc Klok’s long wait to become an Indonesian citizen is over. The player who was born in Amsterdam, the Netherlands has completed the final stage; taking the oath of Indonesian citizens at the Jakarta Ministry of Law and Human Rights Office, Thursday (12/11),” a statement on the Persija official website said.

It was said that Marc Klok arrived at the Jakarta Ministry of Law and Human Rights office located in Cawang, wearing a formal dress. Wearing a suit and cap, the Amsterdam-born player smoothly declared his oath to become an Indonesian citizen.

“With the name of God, I swear to give up foreign powers and submit to the Unitary State of the Republic of Indonesia, Pancasila and the 1945 Constitution,” Marc Klok said.

After officially becoming an Indonesian citizen, Klok feels relieved. The owner of number 10 in Persija admitted that he was very happy and ready to give his best for Indonesia.

“Very happy and thanks to Persija and all those who support. Finally I become an Indonesian and can play in the national team. I hope to give the highest achievement for this country,” Klok said, who is also a former player of Oldham Athletic, Dundee and PSM Makassar.

Marc Klok has been in Indonesia since 2017, since strengthening the Makassar PSM. Apart from living in Indonesia for a long time, he also has an Indonesian lineage from his great-grandfather, Jan Ernst Karel, who had Makassar blood.