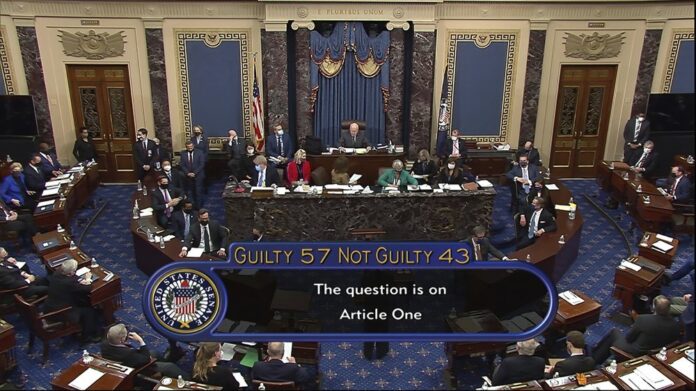 After former President Donald Trump’s acquittal at his second Senate impeachment trial, bipartisan support appears to be growing for an independent Sept. 11-style commission into the deadly insurrection that took place at the U.S. Capitol.

Lawmakers from both parties, speaking on Sunday’s news shows, signaled that even more inquiries were likely. The Senate verdict Saturday, with its 57-43 majority falling 10 votes short of the two-thirds needed to convict Trump, hardly put to rest the debate about the Republican former president’s culpability for the Jan. 6 assault.

An independent commission along the lines of the one that investigated the Sept. 11 attacks would probably require legislation to create. That would elevate the investigation a step higher, offering a definitive government-backed accounting of events. Pelosi has expressed support for such a commission while stressing that the members who sit on it would be key. Still, such a panel would pose risks of sharpening partisan divisions or overshadowing President Joe Biden’s legislative agenda.

Now a private citizen, Trump is stripped of his protection from legal liability that the presidency gave him. That change in status is something that even Republicans who voted on Saturday to acquit of inciting the Jan. 6 attack are stressing as they urge Americans to move on from impeachment.

The insurrection at the Capitol, in which five people died, is just one of the legal cases shadowing Trump in the months after he was voted out of office. He also faces legal exposure in Georgia over an alleged pressure campaign on state election officials, and in Manhattan over hush-money payments and business deals.

President Targets Economy to Increase by 5.9% and Poverty Rate by...

Blue Light from Gadget Could Damaged Your Facial Skin Health?