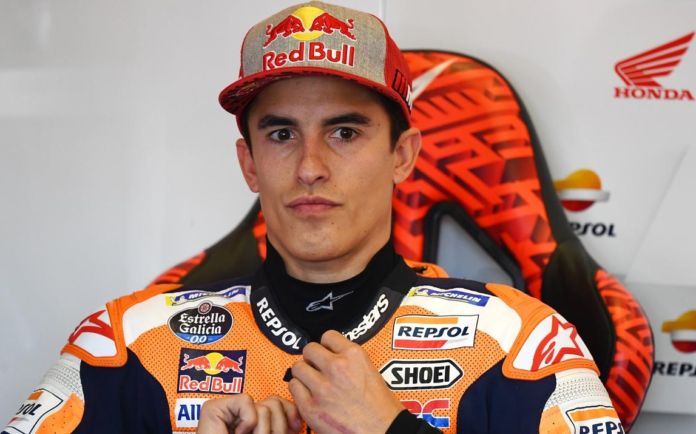 Marc Marquez is expected to miss up to seven series in MotoGP 2021 after undergoing the third operation in order to heal his right arm.

After undergoing the third operation carried out Thursday (3/12) in Spain, it is suspected that Marquez will spend six months in the recovery process.

Referring to the provisional MotoGP 2021 schedule released in early November, if Marquez is completely sidelined for six months from the beginning of December, he will lose seven of the 2021 MotoGP racing series.

Marquez will not participate in the opening race at the Losail Circuit, Qatar, on March 28. Then it is confirmed to be absent in two races on the American continent, the Argentina MotoGP and the Americas MotoGP which will take place in April.

In addition, this racer who has nickname as an Ant of Cervera will only be able to be an audience when his rivals compete in the three races held in May: MotoGP Spain, MotoGP France and MotoGP Italy. Meanwhile, in early June, Marquez will not join Catalunya MotoGP.

If Marquez is absent in the seven series of MotoGP 2021 races, this Repsol Honda racer will only participate in the remaining 13 races.

However, Marquez could recover sooner or longer than expected. As happened in MotoGP 2020, Marquez even had time to return to the race just a few days after undergoing the first operation after the accident at the Spanish MotoGP.

KAI Ticket Sales Up 16 Percent Ahead of Ramadan