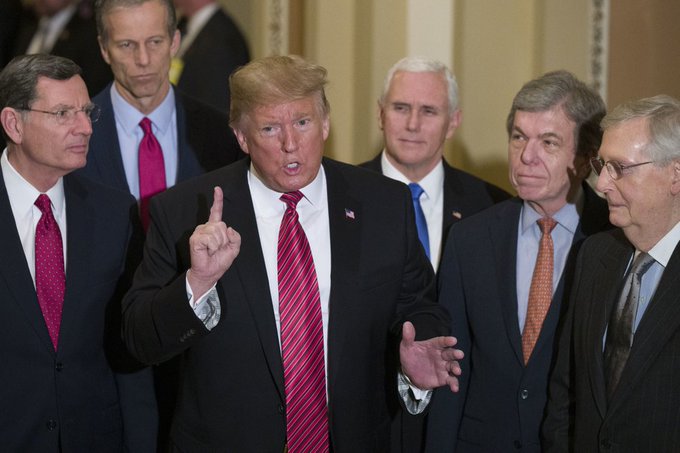 Senate Republicans handed former President Trump his second impeachment acquittal on Saturday, clearing him of charges that he incited the mob that attacked the Capitol on Jan. 6.

Senators voted 57-43 on whether to convict Trump of high crimes and misdemeanors for “willfully inciting violence against the Government of the United States.”

Every Democrat voted to find him “guilty,” the question technically before the Senate, and they were joined by seven GOP senators — falling short of the necessary 67 votes, or two-thirds majority, needed for conviction. Even though Republicans have inched away from Trump, he retains a strong hold on part of the base, including voters GOP senators need to hold on to if they want to win back the House or Senate in 2022. And Democrats acknowledged that they were far short of needing the 17 Republican votes needed to convict.

Fifty-three percent of U.S. adults polled said Trump should not be allowed to run for public office again, while 50 percent said they would vote to convict Trump in the Senate impeachment trial if they were given the vote, a poll by Ipsos conducted for Reuters found.

A poll from YouGov and The Economist released Friday also found that 53 percent of people believe Trump should not be allowed to run for office again. he Ipsos-Reuters poll found that 71 percent of U.S. adults believe Trump was partially responsible for the riot. Half of the Republicans who were surveyed in the poll agreed Trump was partially responsible.