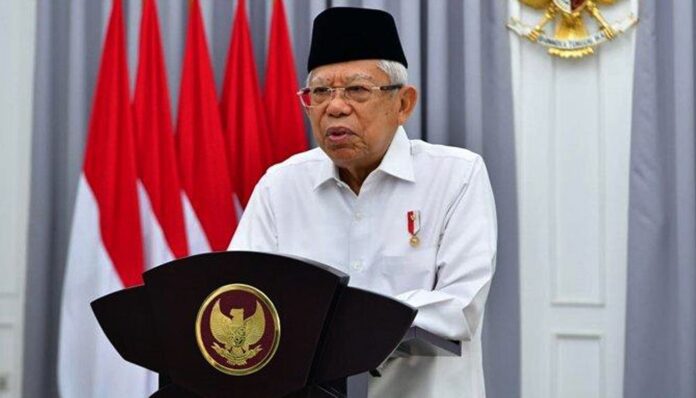 The world is being shrouded by “dark clouds”. This was conveyed by the Vice President, Maruf Amin. He said that the world economic situation was difficult. Collaboration from all parties is needed so that Indonesia can avoid this horrible thing.

“Efforts to recover faster and rise stronger are not just slogans, but are translated into policies and realized in multi-stakeholder collaboration,” he said at the opening of the Indonesia Sharia Economic Festival (ISEF) at JCC Senayan, Jakarta, Thursday (6/10/2022). )

This condition stems from the COVID-19 pandemic, which has not yet fully ended. Aggravated by the war between Russia and Ukraine was the root cause of the food and energy crisis, causing a spike in inflation everywhere.

The situation is getting more complicated when developed countries change the direction of monetary policy. Such as the United States (US) which aggressively raised its benchmark interest rate and caused major turmoil in financial markets. Countries with fragile fiscal conditions were forced to fall to the brink of a financial crisis.

“The current recovery is still facing global realities. The food, energy, and financial crises have become a dark cloud covering all countries,” he explained.

“The threat of a recession and signals of global economic sluggishness is getting stronger. In fact, many central banks have responded by raising their benchmark interest rates to curb inflation,” said Maruf.

“We must be aware of the flow of capital back to developed countries, but must focus on capital to survive in the current uncertain situation and continue to strive to achieve all the targets we have created,” he explained.

One of the capitals in question is strengthening domestic consumption and MSMEs. More than half of the economy is driven by consumption, so this can be the capital of economic strength during a recession threat.

Efforts made by the government are to maintain price stability and provide social assistance to the community and MSMEs in need.

Previously, President Joko Widodo (Jokowi) explained the dark clouds conditions in 2023 which he often mentioned when giving remarks at some events.

“That’s what I conveyed about the world (conditions),” said Jokowi after holding the groundbreaking of Wavin Manufacturing Indonesia, in Batang Regency, Central Java, Monday (3/10/2022), as broadcast by the Presidential Secretariat’s YouTube.

Even though the Indonesian economy grew 5.44 percent, he asked the government to remain alert to any economic crisis.

Jokowi: Indonesia Is Ready to Become a Green Products Producer

7,904 Base Transceiver Station Will Be Built in the Outermost Region of Indonesia.