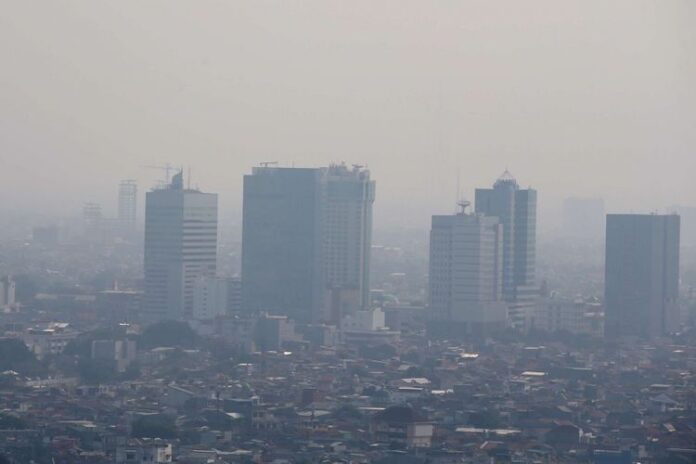 Previously, it was reported that DKI Jakarta’s air quality was the worst in Indonesia, and even in the world. Regarding this matter, DKI Jakarta Governor Anies Baswedan finally delivered his statement. He asked all parties to be critical in responding to air pollution in the capital city.

“I would like to invite all to read the news critically if there is one day when several poor quality appears on that day. But on the previous day and the day after that we found a sloping condition, there must have been something on that day,” said Anies after Jakarta Anniversary (HUT) commemoration ceremony at Plaza Selatan, National Monument (Monas) Wednesday (22/6/2022).

Anies emphasized that if the air condition worsened every day for two months, it meant that something was wrong. However, if there is one very bad day, and the next day is normal in Jakarta, there must be an event that happens.

“We need to look at the air quality, there are no restrictions on ID cards or administration. So there are indeed emissions in the city and there is also movement from various regions. I invite media friends to be critical of all events when the numbers are very high,” he said.

However, Anies did not deny the air pollution that has been happening in Jakarta so far. This of course is still their homework.

“Is Jakarta clean? Not yet. We have seen the emission of motorized vehicles for decades. That’s why for the past four years we have been serious about public transportation to reduce emissions that occur in our city,” said Anies.

In addition, he also mentioned the emission test program to reduce the negative impact of motorized vehicles operating in Jakarta. This is one of the concrete steps to reduce air pollution.

“So we take steps to reduce emissions in this city by building public transportation and thank God the increase in passengers is very high,” he said.

As previously reported, Air pollution is one of the DKI Jakarta problems which has not been able to be overcome by the government. Based on data released by IQAir today, Monday (20/6/2022), the air quality in Jakarta occupies the first position of the worst air quality in Indonesia.

It is known that the air quality in Jakarta has been at an unhealthy level since Tuesday, June 14, 2022. Especially this morning at 07.00 WIB, it touched 199 and was the highest in the world.

Exactly at 11.24 WIB, air pollution in Jakarta has an AQ index of 155 which indicates an unhealthy condition.