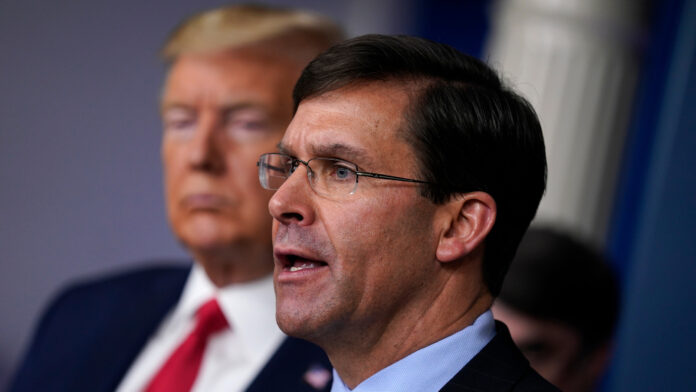 President Donald Trump fired the US Secretary of Defense, Mark Esper, at the end of his leadership after losing to Joe Biden in the general election for President of the United States. This dismissal was carried out because Mark Esper was considered to have often hampered Trump’s plans.

Trump announced that the Head of the National Counterterrorism Center and Former Special Officer, Christopher Miller, will replace Esper as the US Secretary of Defense.

Esper was fired after 16 months of work trying to submit to politics as he pursued fundamental reforms to the Pentagon’s massive bureaucracy. In addition, he has also tried to reshape the US defense posture around the world to focus on the Chinese threat.

Trump also reasoned that he was angry because Esper refused to deploy federal troops to quell civil unrest in the United States that occurred some time ago. He has also been credited with slowing Trump’s desire for a full swift withdrawal of US troops from Afghanistan as violence continues in the country.

Trump’s move to fire Esper comes just a week after losing to Joe Biden to be the President of the United States. Trump also said there were only 10 weeks left before he would leave the White House.