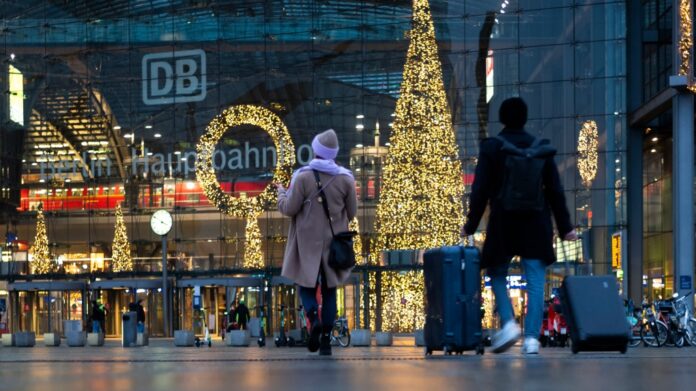 The case found from a woman who came from London.

“This is the first known case in Germany. Today a variant of the B.1.1.7 virus was detected there,” quoted the state Health Ministry of Baden-Wuerttemberg as saying.

Quoting AFP, the woman arrived at Frankfurt Airport, Germany on Sunday (20/12). She departed from Heathrow Airport in London, UK.

She was then taken home by her relative for quarantine after testing positive for Covid-19 upon arrival at Frankfurt airport.

A day later, she started showing mild symptoms and a second test also showed she was positive for Covid-19.

Her swab test sample has been sent to a specialized laboratory for further analysis.

The German government has extended the ban on arrivals from Britain on Tuesday (22/12) until January 6. The ban was issued because there was a new corona virus variant in the UK.

To date, there have been more than 1.6 million positive cases of the corona virus in Germany. A total of 29,681 of them died and more than 1.1 million people have recovered.

Apart from Germany, a number of countries have also closed arrivals from the UK in order to prevent the transmission of a new variant of the corona virus which is said to be more infectious.