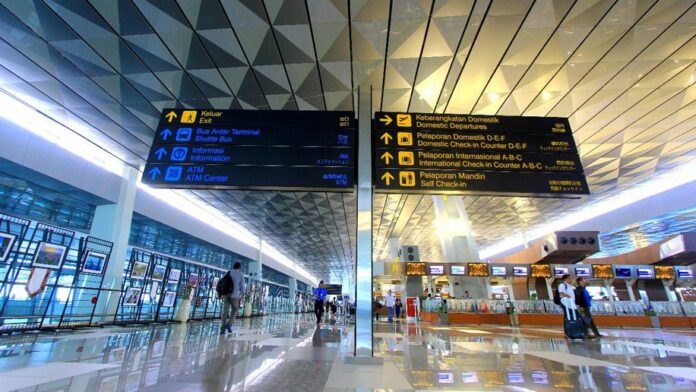 The government officially closes all flight doors temporarily for the arrival of foreign citizens to Indonesia, in anticipation of the emergence of a new variant of the corona virus which has been detected in several countries.

Minister of Foreign Affairs, Retno Marsudi, said all international flights scheduled to Indonesia on January 1-14, 2021 will be closed.

“A closed meeting on December 28 decided to temporarily close the entry of foreigners from all countries to Indonesia, from January 1-14, 2021,” Retno said in a press conference on Youtube of the Presidential Secretariat, Monday (28/12).

Meanwhile, foreigners who have arrived in Indonesia from today until December 31, are required to show negative PCR evidence which is valid for 2×24 hours before departure.

Then when they arrive in Indonesia, they are required to re-check RT PCR and quarantine for five days at the place provided by the government.

After quarantine, the foreigners still have to carry out another RT PCR check, if the result is negative then they are allowed to continue their journey in Indonesia.

“These rules are in accordance with the provisions in the addendum to the Covid-19 Task Force Circular Letter number 3 of 2020 concerning the Health Protocol for People Travel During Christmas Holidays and Welcoming the New Year 2021,” Retno said.

The rules and stages of arrival during the Covid-19 period also apply to Indonesian citizens who live abroad and want to return to Indonesia.

However, the temporary closure of foreign trips to Indonesia is exempted from official visits by ministerial level officials.

“The temporary closure of foreign trips to Indonesia is exempted from visits of officials at ministerial level and above by implementing strict health protocols,” she said.

Previously, the government only prohibited foreigners from the UK from entering Indonesian territory either directly or transiting in other countries, as the impact of the mutation of a new type of corona virus.

Having Problems When Uploading Residence Permit Documents Online? Do This!

Be Ready to Enjoy the Bromo Mountains’ Beautiful Views Through the...