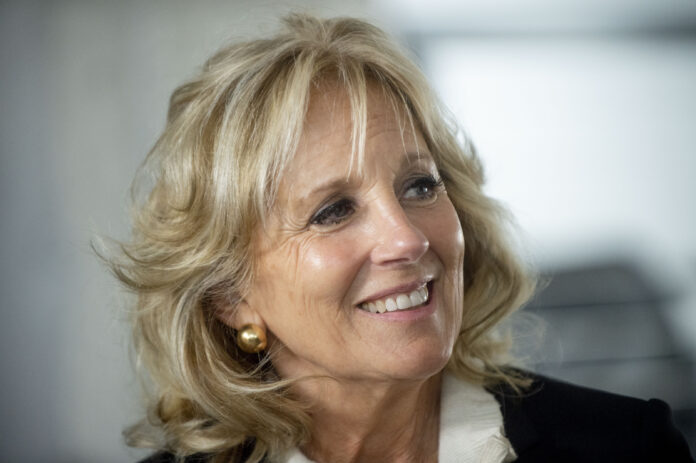 The figure Joe Biden’s wife, Dr. Jill Biden certainly becomes an attention as now she is the first lady. It turns out that Dr. Jill made a history. Known to be a teacher by profession, Jill Biden will be the only FLOTUS (First Lady of US) in history to remain employed during her tenure as the first lady in her country.

Most wives usually focus more on new duties and leave their old professions when their husbands are president. However not for Jill Biden, who is reportedly the first lady in the 231 years history of the United States to continue working full-time. It was said that she will continue her profession as a campus lecturer.

Jill Biden or Jill Tracy Jacobs is known to be an English professor who has a bachelor’s degree, two master’s degrees, and a doctoral degree in education. This woman, who was the country’s representative during Obama’s presidency, has taught at Northern Virginia Community College for the past eight years.

In an interview a while time ago, Jill Biden admitted that her job will not change but increase. This 69-year-old woman admits that it will be her duty to become the first lady as well as a lecturer. Hence, Jill is considered as the real first lady of the 21st century by historians.

“She truly takes on the role of first lady in the 21st century. Historically Americans have wanted a first lady to be by the side of the president at any time. Maybe it’s time for America to accept that a president’s wife can become a first lady and work professionally at a time concurrently, “historian first lady, Katherine Jellison, told USA Today.

On various occasions, indeed Jill has often expressed her love for the world of teaching. She also emphasized that she would not leave the job even though she had a new assignment.

“Teaching is not what I do. It is who I am.” she wrote in August.

The Bali-Mandara Toll Road Will Be a Test Site for the...

Facts about the Marburg Virus and Its Precautions

Bali Tourism Will Increase Due to Booster Vaccine Coverage