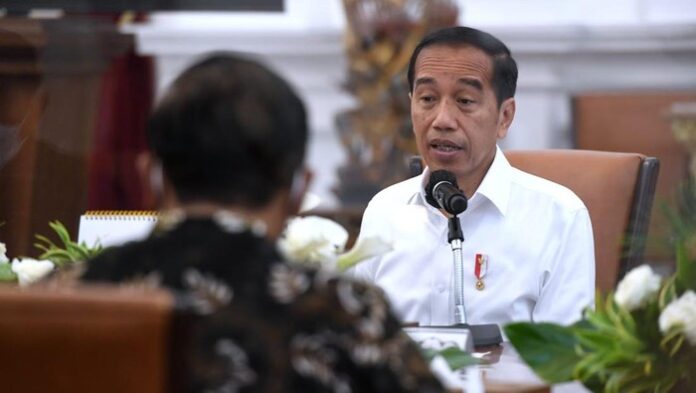 The President of Indonesia, Joko Widodo (Jokowi), requested that the immigration system and services immediately change completely after receiving many complaints. If this cannot be implemented, Jokowi threatens to replace officials.

This was conveyed by Jokowi directly when chairing a special meeting to discuss visas on arrival (VoA) and Limited Stay Permit Cards (Kitas) at the Merdeka Palace, Jakarta, on Friday (9/9/2022). Jokowi said he received many complaints regarding immigration matters.

“So what we saw and conveyed to me, many, both from investors, both about tourists, both about people who want to get a residence permit, the aura that I feel is that Immigration is still regulating and controlling. So what? This is something that has to be completely changed, it must. What should be the aura is to make it easier and serve. It must change completely. If necessary, replace the director general, replace everything underneath, so that we understand that we want to change. If we want investment to come, tourists come, it must be changed. ” said Jokowi as seen in a video uploaded on the Presidential Secretariat’s YouTube channel, Saturday (10/9/2022).

Jokowi said he was embarrassed to hear complaints related to immigration services. Jokowi then talked about visas or Kitas to investors. He said the granting of a visa must also be considered by the amount of investment, the number of open jobs, the contribution to the economy as well as increasing exports.

“Frankly, I get voices like that, I’m ashamed too. If what I see are fast-developing countries, people are given a visa, whether it’s a visa, the name is Kitas–if we are–they see it. If he is an investor, how much is his investment? He sees, the country must see. How many thousand people have he created jobs? Or how much does he contribute to our economy? The orientation must be there. Or how much to increase exports, anyway? ?” Jokowi said.

According to Jokowi, immigration services are services that are beneficial to the people of Indonesia, so a total change for the better or reform is needed.

“These things are very useful for our people. We have to really start, Minister, changing this, sir. Replace it if you think you really can’t reform like that, replace everything from the Director General to the bottom, replace it, it will change. Otherwise, nothing will change,” he said.

UN: Humans Under Threat of Extinction