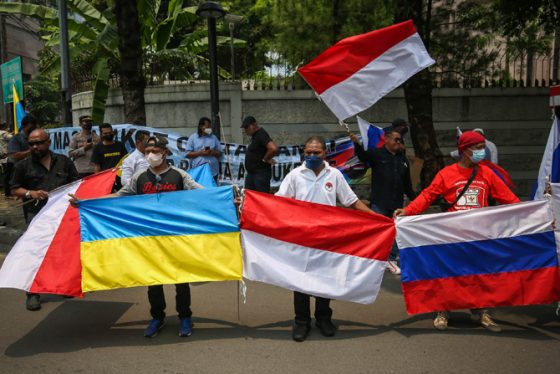 Jokowi is rumored to be meeting Zelensky after he attends the G7 Summit in Germany on June 26-28. Meanwhile, the timing of the meeting with Putin in Moscow has yet to be confirmed.

Foreign Minister Retno Lestari Priansari Marsudi said, “As the President of the G20 and a member of the Champion Group of the Global Crisis Response Group formed by the Secretary-General of the United Nations, President Jokowi wants to contribute and will not remain silent.

“We understand that the current situation is still very, very complicated. The world also understands the complexity of the existing problems,” said Retno in a virtual press conference on Wednesday (22/6/2022).

“Although the situation is difficult and the problems are complex, as the President of the G20 and a member of the Champion Group of the Global Crisis Response Group formed by the Secretary-General of the United Nations, President Jokowi chose to try to contribute, he did not choose to remain silent,” he explained.

Specifically for Ukraine, Jokowi will be the first Asian leader to visit the country after the February 24 attacks. He was also one of the few Asian leaders who came to Russia after the war broke out.

“(Indonesia) is trying to contribute to dealing with the food crisis caused by the war, the impact of which is felt by all countries, especially developing and low-income countries,” added Retno.

Unfortunately, Retno has not mentioned an exact date yet. However, after the visit to Ukraine and Russia, Jokowi will also visit Abu Dhabi, United Arab Emirates (UAE) to follow up on cooperation in the economic field between the two countries.

As previously reported, the President of Indonesia, Joko Widodo, will again meet face-to-face with Russian President Vladimir Putin in Moscow, on 30 June. This news was conveyed by local Russian media, TASS.

It is not yet known what the visit will be related to. Sources say Indonesia is an important partner of Russia which has maintained intensive political and economic ties.

“This will be a very important visit. We are preparing for it now,” said the media source, quoted Wednesday (15/6/2022).

The possibility of talks regarding the G-20 is also unknown. For information, Indonesia is the president of this year’s G20 and has invited Russia to attend despite the controversy from the US and several Western countries.

“We will definitely go, but in what format will be decided later. The summit will take place on November 15-16, there is plenty of time, we’ll see,” said the source again.