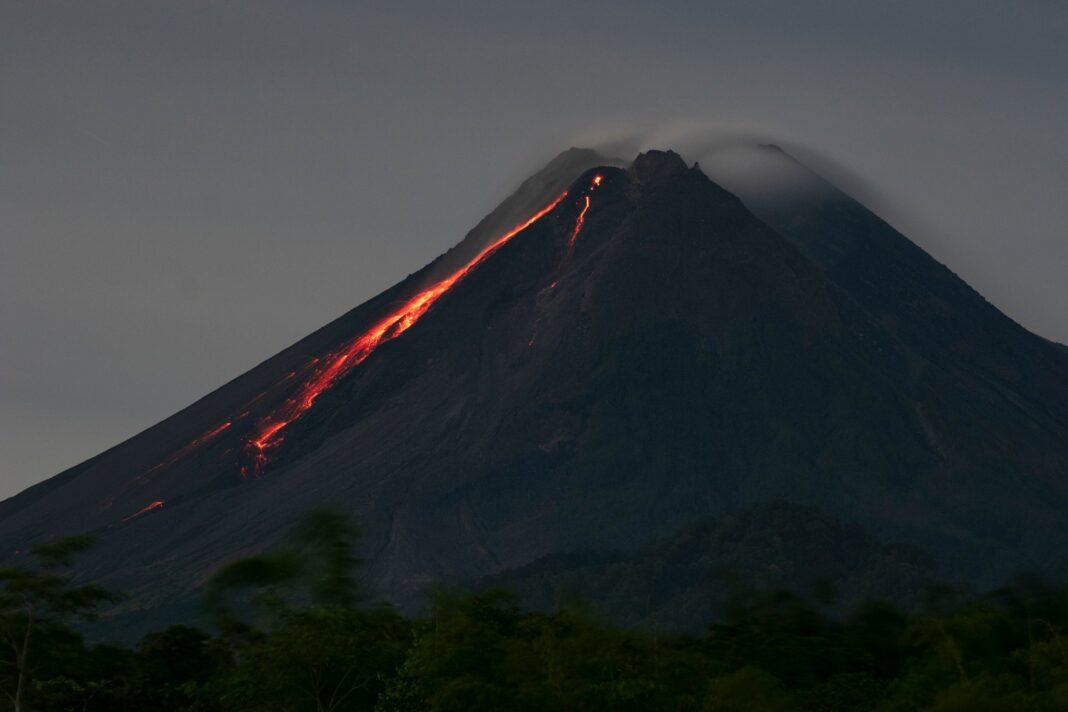 During the period of time, the avalanches of hot clouds and lava were believed to reach up to 800 meters and 700 meters respectively, according to the Geological Disaster Research and Technology Development Center (BPPTKG).

The volcano generated avalanches of hot clouds, with an amplitude of 31 mm, for a duration of 88 seconds at 6:31 Western Indonesia Time (WIB) on Wednesday, BPPTKG Chief Hanik Humaida noted in a written statement. During the observation period, 39 earthquake avalanches were recorded, with an amplitude of 4 mm to 30 mm for a duration of 11 to 121 seconds.

By Wednesday (Feb 24), the BPPTKG has continued to maintain the volcano’s alert status at Level III.

The volcano’s lava flow and hot cloud were projected to affect areas located south and southwest of the volcano, including Kuning, Boyong, Bedog, Krasak, Bebeng, and Putih.

In the event of an eruption, the volcano sends scorching avalanches of swiftly flowing volcanic debris down its flanks that may reach areas within a three-kilometer radius from the crater.

This Year Is The Last Year Of The Covid-19 Pandemic

The US Is Ready to Help Strengthen the Indonesian Military