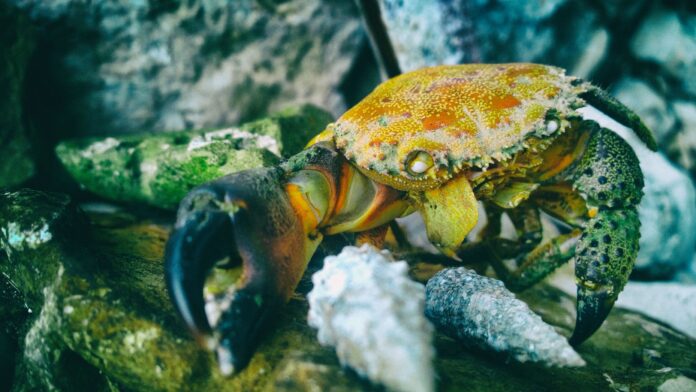 The discovery has added to the long list of new species discoveries in PTFI’s work area, which stretches from the coastal area to the Alpin forest at an altitude of more than 4,000 meters above sea level.

Indonesian Institute of Sciences (LIPI)’s oceanography expert, Dwi Listyo Rahayu, who was involved in the research, stated that environmental monitoring was carried out to obtain basic information on the biodiversity in the PTFI work area.

“The river in Mimika and the biodiversity in it is a very rich ecosystem, mainly because it is a habitat for many species such as crabs,” said Dwi, who is the only crab taxonomist in Indonesia, quoted by Antara, Wednesday (21/10).

Until now, new species have been found in the form of 29 flora and 101 fauna, 50 species of insects, 2 species of mammals, 26 species of reptiles, 2 types of fish, 21 types of crabs and other types.

The new two species of crab, subphylum Crustaceans, were discovered when PTFI and the LIPI conducted routine monitoring. The research team who discovered the unique physical characteristics of the two species then carried out further research.

After going through an assessment process for nearly four years, the two species were declared as new species. The main physical characteristics of both are in the shape of the body and the claws.

Typhlocarcinops robustus has a body shape and claws that look sturdy and strong, like the name robustus which in Latin means sturdy. While Typhlocarcinops raouli has a rectangular body with slender and fluffy claws.

The given name is a form of respect for Raoul Serène, a crab expert from France who studied crabs from this group.

Since PTFI’s research in 2001, in the estuary and mangrove areas, at least 103 species of the Crustaceans subphylum have been found in this area, 21 of them are new to science.

Summer Solstice Phenomenon Occurs Today, Is it Dangerous to Go Out?

Jabodebek LRT Is Ready to Operate in August 2022.