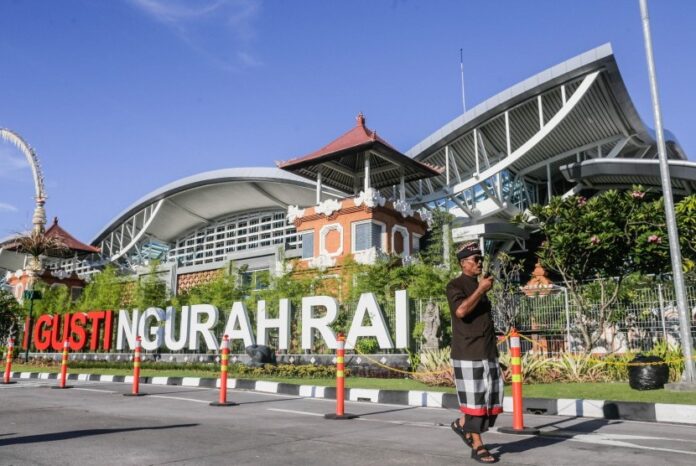 I Gusti Ngurah Rai international airport, located in Badung, Bali, is observed to be increasingly crowded with passengers. Therefore, the airport management will increase the international flight quota.

According to the manager, I Gusti Ngurah Rai International Airport has served 1,006,662 passengers and 7,002 aircraft in May 2022.

During that period, the airport served an average of 32,582 passengers and 226 flights per day. This figure increased when compared to the number of passengers in the previous month.

The number of international passengers experienced a significant percentage increase of 107 percent, an increase from 114,685 passengers in April, to 237,710 in May.

General Manager of I Gusti Ngurah Rai International Airport, Handy Heryudhitiawan, said the increase in the number of passengers was driven by the current ease of regulations for air travel.

Furthermore, the airline that will increase the international flight quota is Batik Air.

Batik Air will serve the Bali (DPS)-Melbourne (MEL) round-trip flight route and is scheduled to fly again on June 17, 2022,

Batik Air DPS-MEL route with the flight number OD-177 will be served every Monday, Wednesday, Friday, and Sunday.

Meanwhile, the Batik Air route, on the other hand, MEL-DPS numbered OD-178 will fly every Monday, Tuesday, Thursday, and Saturday.

From I Gusti Ngurah Rai Airport, Batik Air is scheduled to fly at 22.00 WITA and arrive in Melbourne at 05.40 local times.

“Bali is one of the regular destinations for tourists from Melbourne and Kuala Lumpur,” said Batik Air CEO Mushafiz bin Mustafa Bakri in his official statement, Thursday (9/6).

The Bali-Melbourne route itself is a transit route for the Kuala Lumpur-Melbourne operated by Batik Air Malaysia.