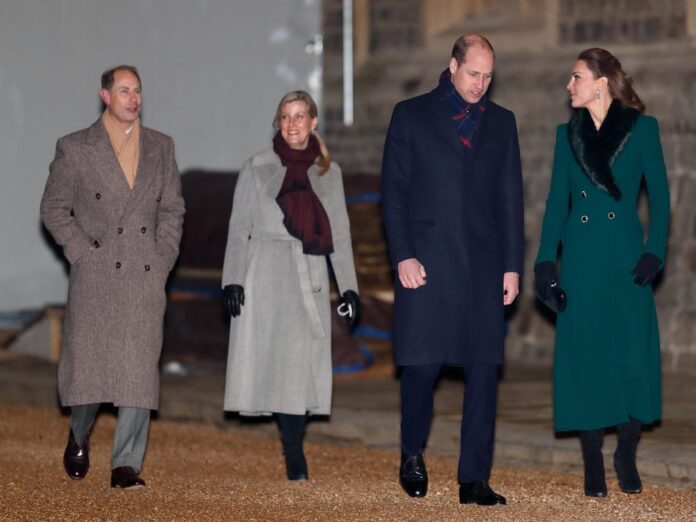 Members of the British royal family, including Prince William and Kate Middleton, broke the rules by spending time walking in a park in Sandringham amid the lockdown due to a mutation of the coronavirus.

British media outlet Mail Online reported that the Duke and Duchess of Cambridge and their three children were seen having moment with other royal families in the park.

Mail Online, as citing CNN, reported about six people from the royal family also took a walk in the Christmas-themed forest near the residence of Queen Elizabeth in Norfolk, Sandringham.

Norfolk is included in the second tier of the UK. Outdoor meetings during the tightening of ground rules are a maximum of only six people.

Responding to reports that stated, a source in Sandringham told CNN that if there is a moment in a walk for 90 minutes that makes it difficult for both groups of [royal] families to support themselves, especially when there is a crowd on the path.

“The two families were given separate slots in succession to visit the trail before it opened to the public. They arrived, and departed in their own family groups,” the source wrote.

The UK is currently grappling with a surge in infections after it was discovered that the mutation of the coronavirus is spreading more rapidly.

Prime Minister Boris Johnson at the weekend imposed tightening restrictions to the highest level, level 4 with lockdown rules for London and other areas in southeast UK.

Citizens who live in areas that are included in the Level 4 level not to visit tourist objects that are in areas with status restrictions 2.

As part of the new regulation, residents in Level 2 areas are also bound to outdoor gatherings of no more than six people, including children of all age ranges.

“You can continue to meet in groups larger than six [people] if you all come from the same family or support group or other legal permits are in effect,” the UK Department of Health and Social Care said.

The discovery of the new coronavirus mutation in the UK made European countries close their borders. The exodus of residents who left London was inevitable at the end of last week.

2022 Tax Revenues Have Passed Half the Target

The Covid-19 Cases Increase Will Occur in the Next One or...

PeduliLindungi Being All Travel Requirements