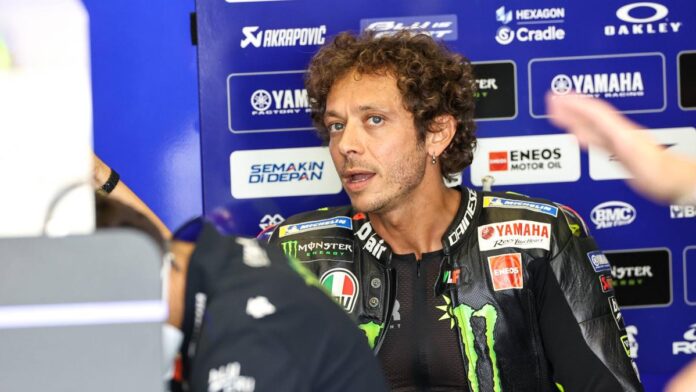 After missing a couple of races at the 2020 European MotoGP due to being positive for Covid-19, Valentino Rossi now can feel relief. The latest test result on Thursday (5/11) stated he had been negative of Covid-19.

From AFP repor, Rossi’s team stated that the results of this test allowed the 41-year-old racer to end his isolation period and will immediately depart for Valencia.

“Under Italian law, Rossi is now allowed to end self-isolation and do normal activities again,” Yamaha said in a statement, Friday (6/11) in the early hours of Indonesian time.

“Rossi will take the opportunity to fly to Valencia tonight. Tomorrow he will do a second PCR test and if the result is negative again, he will be able to reunite with the Yamaha MotoGP team and participate in the European MotoGP this weekend,” the statement continued.

Previously, Rossi admitted that he felt sad because he might be fail to participate at the Ricardo Tormo Circuit on Sunday (8/11).

“This virus is very complicated and serious. I felt bad for two days, then in the next few days I was back 100 percent,” Rossi said as quoted on the official MotoGP website.

“I isolated myself at home all the time and follow the advice of the medical team. It’s a very sad and difficult situation, but that’s how it is,” Rossi added.

Rossi and Yamaha also insisted that he would be able to take part in European MotoGP.

Rossi still tested positive for Covid-19 from the test results on Tuesday (3/11). But he tried again the next day and on Thursday (5/11).

“Luckily I still have two more chances to get back on track on Friday or Saturday,” The Doctor said.

Watching the World Cup Together? Must Scan PeduliLindungi First

Mandalika MotoGP Trophies Were Made by UMKM from Bali