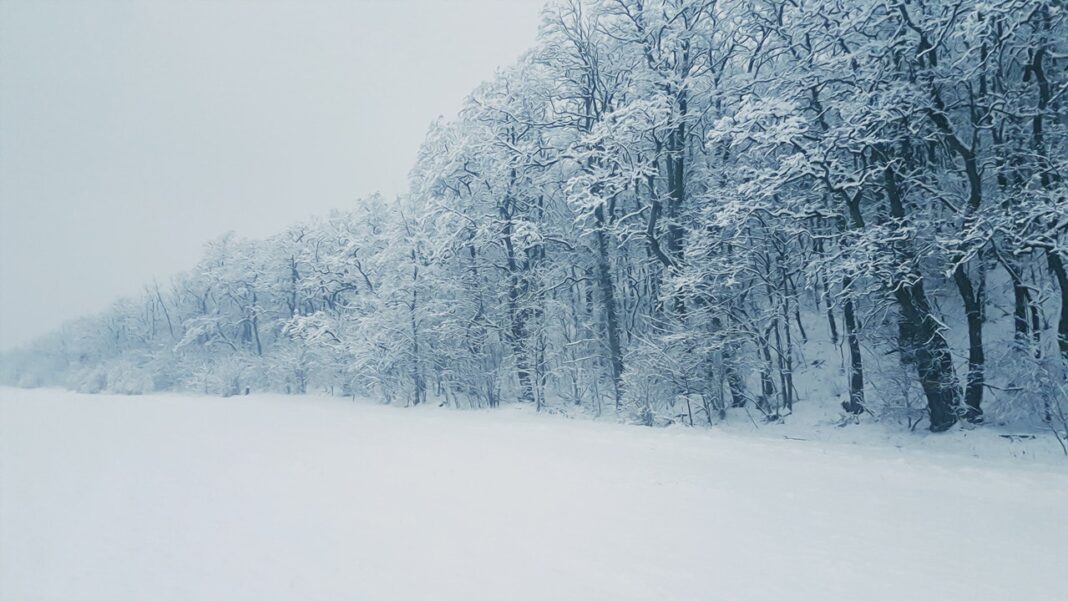 The Netherlands and parts of Germany were blanketed on Sunday by a snowstorm that disrupted planes and trains and put some coronavirus testing on hold. Britain was also bracing for heavy snow from what Dutch meteorologists have called Storm Darcy, which is packing winds of up to 90 kilometres (55 miles) an hour. People rushed outdoors to enjoy sledging and playing in the snow in Dutch and German cities despite the bitterly cold conditions with temperatures as low as minus 5 degrees Celsius (23 Fahrenheit).

But Dutch authorities declared a rare “code red” emergency for the entire country as it was hit by its first proper snowstorm in more than a decade. Weather forecasting website Weer.nl said that overnight a force-eight wind was measured in combination with snowfall, adding: “This officially means a snowstorm in our country”.

All trains were cancelled in the Netherlands, including international services to Germany. Trams were halted in Amsterdam, while a tram derailed in the snow in The Hague. In Germany, snowfall caused major disruption to trains and cancellations of services between cities including Hamburg and Hanover. Thick snow of up to 30 centimetres meanwhile disrupted road traffic, with hundreds of accidents and part of a motorway in North Rhine-Westphalia closed by police after it turned into an ice rink.

Labuan Bajo to be transformed into a world class tourist destination

Results of The Meeting between Jokowi-PM Singapore: Indonesia Does Not Completely...