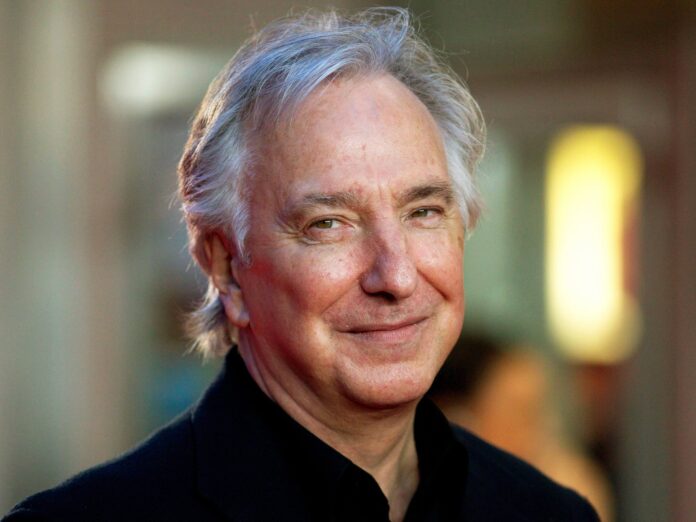 The diaries of departed actor Alan Rickman, best known for his role as Professor Severus Snape in the Harry Potter films, will be published in 2022.

As reported by The Guardian, Rickman’s diaries cover everything from his thoughts on acting to insights into friendship and politics.

Rickman, who is also a connoisseur of theater, is known to be diligent in reviewing the plays he attends. Not to be missed, the diary contains behind-the-scenes stories from the set of the film “Harry Potter,” which he starred in for a decade, between 2001 and 2011.

The diaries, which consist of 27 volumes and covers more than 25 years of Rickman’s life and career, will be edited into one book.

That British actor has reportedly started diary writing in the early ’90s and had plans to publish it one day. When starting this project, Rickman had his career playing Valmont in Les Liaisons Dangereuses at the Royal Shakespeare Company and on the big screen as Hans Gruber in Die Hard in 1988.

He had continued to document his career, including appearances in the Harry Potter films, Love, Actually, Sense and Sensibility, Galaxy Quest and others. Rickman was even said to have not stopped writing before his death in January 2016 because of pancreatic cancer.

Canongate publishers have acquired the rights to the diaries, which is said to be released under the title “The Diaries of Alan Rickman”.

The book will be edited by Alan Taylor, editor of the Scottish Review of Books, who also compiled “The Country Diaries,” a collection of pastoral journalists from Beatrix Potter, Dorothy Wordsworth, John Fowles and others.

“I am pleased Canongate will publish Alan’s diary and did not expect a better editorial appointment than Alan Taylor,” Rickman’s wife Rima Horton told The Guardian.

“The diaries reveal not only Alan Rickman as an actor, but also the real Alan, with his sense of humor, keen observations, craftsmanship, and devotion to art.”

Taylor describes Rickman’s diaries as, “Anecdotal, humorous, telling stories of people, and very honest. They make compulsive readings and offer insight into the everyday life of this extraordinary actor, who is being so loved in the US and England. “

5G Services in Indonesia After One Year Running

Until 2029, Indonesia Has 127 Upstream Oil and Gas Projects