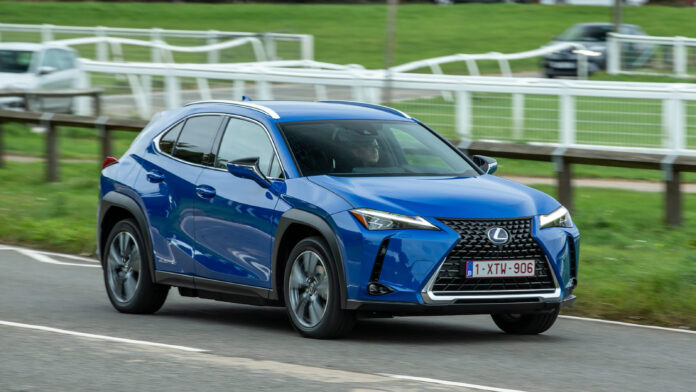 The Lexus UX 300e goes on sale in Indonesia. The UX 300e is a compact luxury Crossover with full electric technology (BEV). It’s the first from Lexus.

“We are optimistic that the presence of the Lexus UX 300e will provide a new color for the automotive, lifestyle and luxury market industries in Indonesia, especially for Lexus enthusiasts who are very environmentally conscious (prioritizing environmental cleanliness),” General Manager of Lexus Indonesia, Meinisa, said in an official statement.

The Lexus UX 300e relies on a Lithium-ion type battery. The Lexus UX 300e has an electric motor with a capacity of 54.35 kWh which can produce 201 horsepower and 300 Nm of torque. Lexus claims, the car can reach 300 km (on a single electric charge.

The car is equipped with an AC Wall Charger which can be installed anywhere according to the customer’s wishes and a Household Socket Charging Cable that can be used in a standard wall socket.

Apart from charging at home, the Lexus UX 300e can also charge the battery at the Public Electric Vehicle Charging Station (SPKLU) that has been provided by PT PLN.

The location for charging the battery can be seen in the CHARGE.IN application which is near certain areas such as malls, parking lots, PLN offices, government offices, and others.

The duration of charging will depend on the battery temperature, usage history, charger and mains voltage. Based on trials conducted by Lexus, charging the battery fully using a Household Socket Charging Cable can take approximately 24 hours.

The Mainstay Feature of The Lexus UX 300e

Developed from the base of the Lexus UX series, the Lexus UX 300e features a typical Lexus UX exterior such as the signature Lexus spindle grille, 3-LED Projector Headlights. The back door is supported by a Power Back Door with Kick Sensor.

While the interior, the driver can see the Digital Optitron Tachometer and Head-Up Display which can display driving information such as speed and battery power.

Passengers can enjoy a multimedia system that is equipped with a 13-speaker Mark Levinson Surround Sound System and 10.3 inches in the middle of the dashboard.

That doesn’t include the 8 SRS Airbags for safety while driving, the Blind Spot Monitor as an indicator that will light up in the rearview mirror for an invisible angle, as well as the Panoramic View Monitor.

BI Predicts There Will Be an Economic Slowdown in 2023