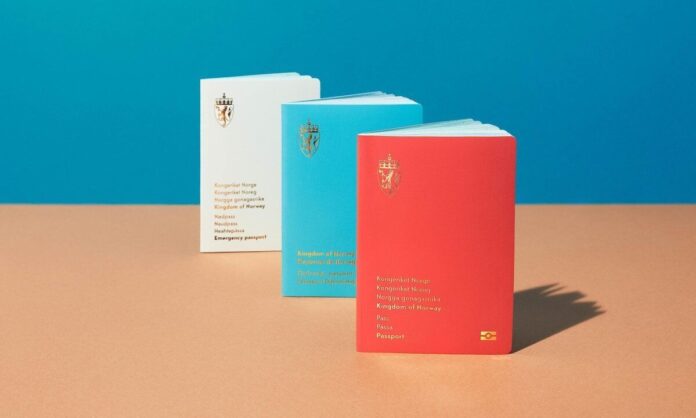 Norwegian citizens can be proud of having a passport with a new design that is called the coolest in the world.

The new Norwegian passport design, designed by studio Neue, features illustrations of the country’s landscape changing from day to night under UV light.

The development of this design lasted six years, according to Deezen.

The main reason the Norwegian government updated the passport design was to increase security by making it more difficult to forge.

Participants in the competition were asked to submit designs based on the Norwegian landscape theme.

The final designs by Neue have now been officially released, and include Norwegian passports, diplomatic passports, emergency passports and travel documents.

The design theme revolves around the colors red, blue, white and dark blue, as a sign of the Norwegian flag.

A simplified version of the country’s symbol and document name is embossed in gold on each cover.

In passports and travel documents, each page is printed with a different depiction of the Norwegian landscape, including views of mountains, lakes and rivers.

Not only for beauty, the illustrations also serve as an element of security because when the page is placed under UV light, the landscape transitions from day to night scenery.

Some pages feature illustrations of blue and green fluorescent bands to represent the Northern Lights phenomenon, while other pages are ‘illuminated’ by lunar illustrations.

“The design must create a sense of belonging and connection between ages, genders and regions in Norway,” design team leader, Benjamin Stenmarck, said.

“Scenery and landscape images may be cliché, but because they are synonymous with Norway, they are also very easy to identify.”

Previously, there was also a passport design competition held by Dezeen. This ‘unofficial’ competition in 2017 involved redesigning British passports to imagine what the cover would look like after Brexit.

Scottish graphic designer, Ian Macfarlane, came out on top with a cover that gently transitioned between a burgundy EU passport and a dark blue pre-EU British passport.

Since then, the UK government has confirmed that after Brexit, official British passports will lose their burgundy cover and return to the dark blue cover they had before joining the European Union in 1973.

The Government Will Raise Electricity Tariffs For Rich People