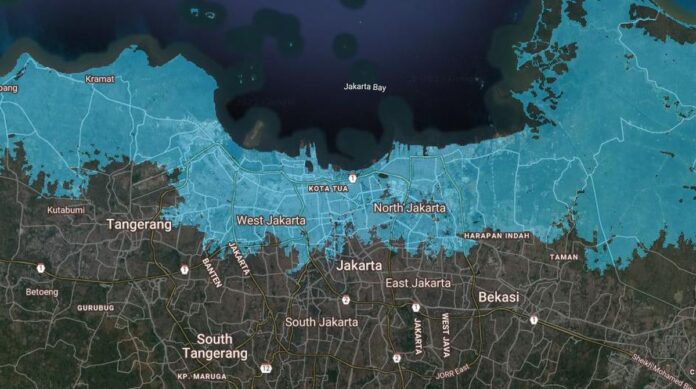 “Jakarta Sinking” is actually an issue that has been circulating for a long time. The issue was forgotten for a while. Now, the issue of the fate of the Jakarta area which is in danger of sinking, and other areas around the north coast of Java has resurfaced.

This issue resurfaced after the President of the United States, Joe Biden, said that the DKI Jakarta area was in danger of sinking.

Not only Biden, a company that provides drinking water services to the people in DKI Jakarta, PAM Jaya, also estimates that 90% of the capital city will be submerged in 2050, especially in the northern part.

“(The use of groundwater) is still very large in the DKI Jakarta Province and indeed this causes many ecological effects to become one of the things that threaten life in Jakarta,” he continued.

“And the prediction is that in 2050 it is predicted that 90% of the Jakarta area, especially in the northern part, will also be submerged due to culture or later the use of water which is not immediately resolved and continues to take water from the land, which is increasingly seeking for sure,” he added.

“There are several issues that are also part of PAM Jaya’s challenge, where the subsidence of the land itself was reported by the BBC where Jakarta, which is now going to sink in the not too distant future if this continues. “explained Arif.

Arief then highlighted other issues related to the provision of drinking water which currently cannot meet the needs of the community. He hopes that PAM Jaya can provide a 100 percent water supply to the community.

“Then another thing that is our issue is PAM Jaya in terms of drinking water supply, currently the coverage is not fulfilling the wishes of the people of DKI Jakarta,” said Arief.

This prediction also received a response from the Deputy Governor of DKI Jakarta, Ahmad Riza Patria. According to him, the DKI Provincial Government has done several things, such as preventing the exploitation of groundwater in various sectors.

“So that there is no longer what is called groundwater extraction through pumps in homes, we are trying to get clean water through PAM Jaya, and several other efforts,” he said.

“For all residents, especially in our community, so as not to use water excessively and also for industry, offices, hotels, apartments, we also ask not to use pumps to get clean water but through existing PAM channels,” he said.

Beware of Joker Virus, Remove These Dangerous Applications from Your Android!

Jokowi Gives 4 Ways to Overcome Disasters at the GPDRR Bali...